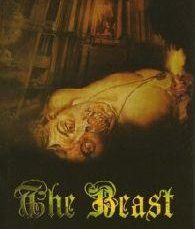 The reason I chose to review this release is that it’s their rarest to date- and that’s coming from the owner of the company (Andreas Bethmann) himself!

The Film– This notorious film starts out with a couple being butchered on the beach of a Greek island. Turns out a group of tourists are on their way to the same island, but they arrive only to find it deserted. After some exploring they find a few rotten, devoured bodies; but a blind girl (who was hiding in a jar of wine) attacks them. She is in shock, and keeps talking about a man who smells of blood; who she says is responsible for the population drop. With the help or a strategically placed journal, they find out this person was a man stranded at sea; who attacked and ate his family to survive. The sun has disfigured his face, and the act has turned him into a crazed cannibal! With their friends becoming part of his diet, the group tries to escape the man eater; but he’s a bit smarter than they thought.

Banned in the UK as a video nasty, this film has an impressive array of alternate titles- The Beast, Grim Reaper, and Man Eater (the literal translation). This is one of my favorite D’Amato films, but surprisingly not for the gore. While we’re on the topic of gore, let’s go ahead and admit this has alot; and most of it is impressive. Stabbings, rotten corpses, bare knuckle abortions, throats ripped out, and gut munching. All of the effects are stereotypical to the genre and time; and this really stands out as a milestone in Italian horror. Of course the blood is as convening as ketchup; but it’s fun non the less. The scene that got this puppy banned is when the Man Eater pulls the fetus from a woman’s loins… while strangling her, of course. Not convincing in the least bit, but misogynistic just enough to piss off the wrong people (the fetus was actually a skinned rabbit) And of course the part where the Man Eater defiantly chomps on his own disemboweled intestines…

Now, what I love about this flick is the setting; yes, you read right. This island is beautiful, and has some very creepy places. Most Greek coastal towns look like they were etched in stone; and this is no exception. There’s one scene in a well that no one ever talks about; but it’s my favorite part! The way it was shot and the well it’s self is just unnerving; and makes for an intense few seconds. The scenery even plays part in a very nasty kill that involves some flesh ripped from the facial region. I love horror films shot on Greek islands, and this is no exception. With this location and buckets of cheesy gore, how can you not love this film?

The Package– This DVD is an exact rip of the Shriek Show one. There’s the expected damage, but nothing sloppy looking. In fact, the quality is pretty good! The picture isn’t as soft looking as I was expecting, and the colors and brightness seem to be spot on.

The audio is bland on this. I don’t know if it is a swipe of the American disk, but it sounds pretty bad. Muffled and low volume problems are the main downer, but if you can max out your speakers it isn’t that noticeable. Just don’t forget to cut them down when this is over so your brains aren’t blasted out next time you turn on the TV…

This version is just a repack of the XT Video release from a few years back. Like I said, the German companies really know how to milk the copyright system. The extras are: the German and English trailer, some slideshows, a Joe D’Amato filmography (in German only), alternate opening with the Man Eater title card, the 30 minute Super 8 version, and some bonus scenes. Pretty much the same as the US release except for the Super 8 version; which is worth it alone. I love super 8, and seeing Anthro with all that gritty, grainy charm is like seeing it all over again. Plus, it cuts out almost all the boring parts and get right to the killings! If you don’t speak German this release might disappoint, but I loved it (pretty much just for the Super 8).

This super rare X Rated Kult hardbox comes in 4 covers limited to 66 each, and numbered by hand. All covers are posted below.