Asylum (AKA I Want to be a Gangster) Review 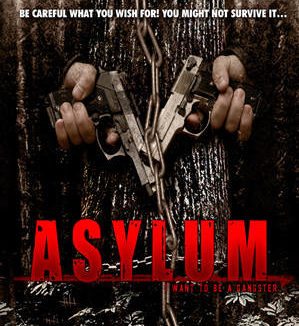 The Film– Jack is a small time French crook who aspires to be a member of an established gang. He and his buddy run an interesting twist on Russian Roulette, and quite frankly live up to the mafia trademark “kneecappers”. You do the whole “one in the cylinder spinspinspinspin fire” thing, but your knee is the target. The rules are if you don’t land on the bullet, you have to throw in some extra paper to keep the game going. The one who doesn’t quit or get their leg blown into oblivion wins the pot. 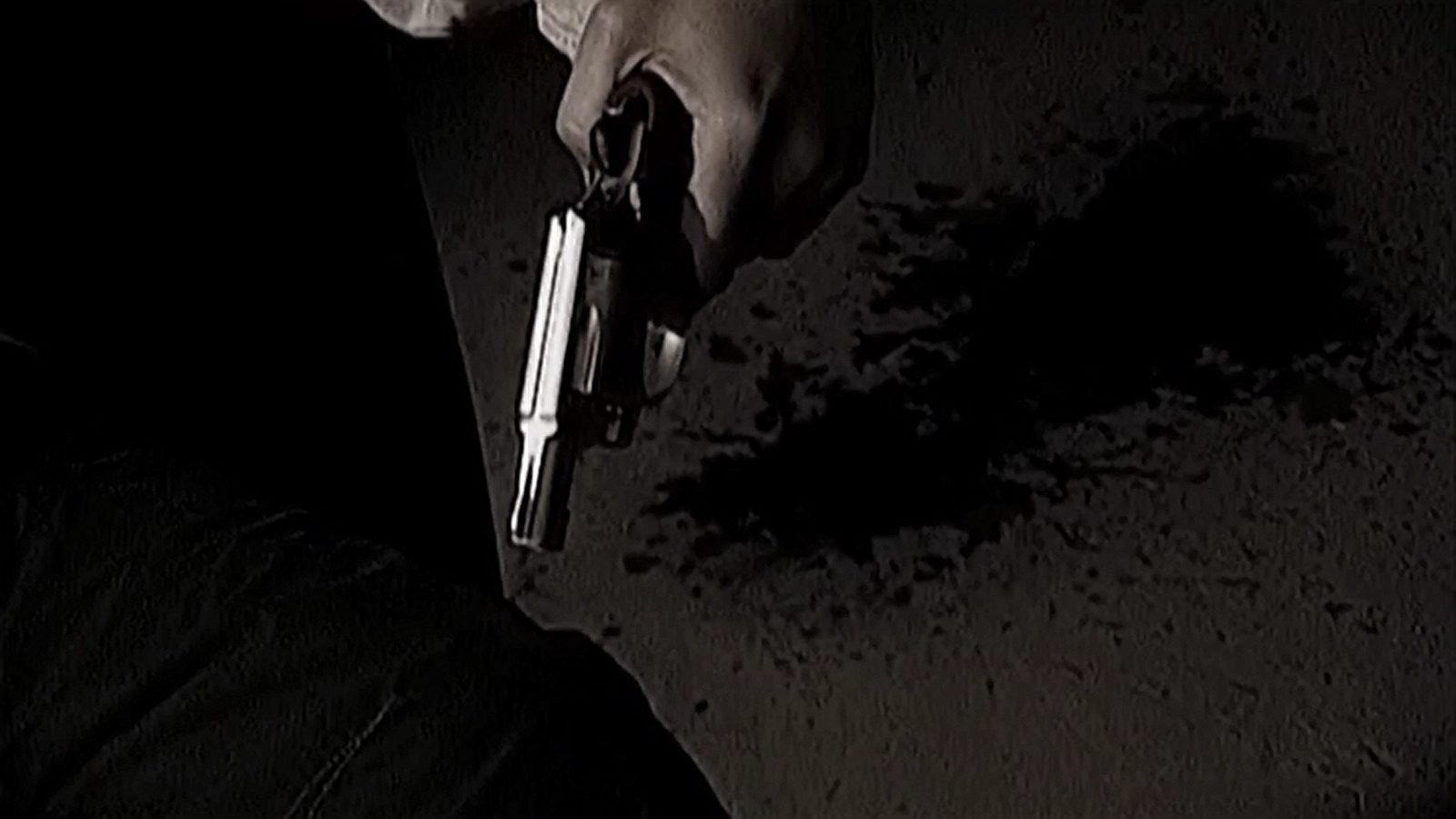 The gig goes well, but Jack decides it’s time to bring in some extra cash flow. He gets his friend to challenge a well dressed man to a game, and since it’s rigged, the duo knows all the money the guy drops onto the table will be theirs. When his pockets run dry, he decides to keep gambling with an impressive amount of drugs, and by impressive, I mean HOW THE SHIT CAN THEY NOT TELL THEY’RE GETTING IN OVER THEIR HEADS? Seriously, this dude drops a goddamn pillowcase full on the table like it’s nothing and picks up the pistol like “hurr hurr Imma win dis”. He doesn’t. The good news is they pocket the cash, sell the drugs, and end up with some seriously fat pockets. The bad news, they just fucked with the mob. 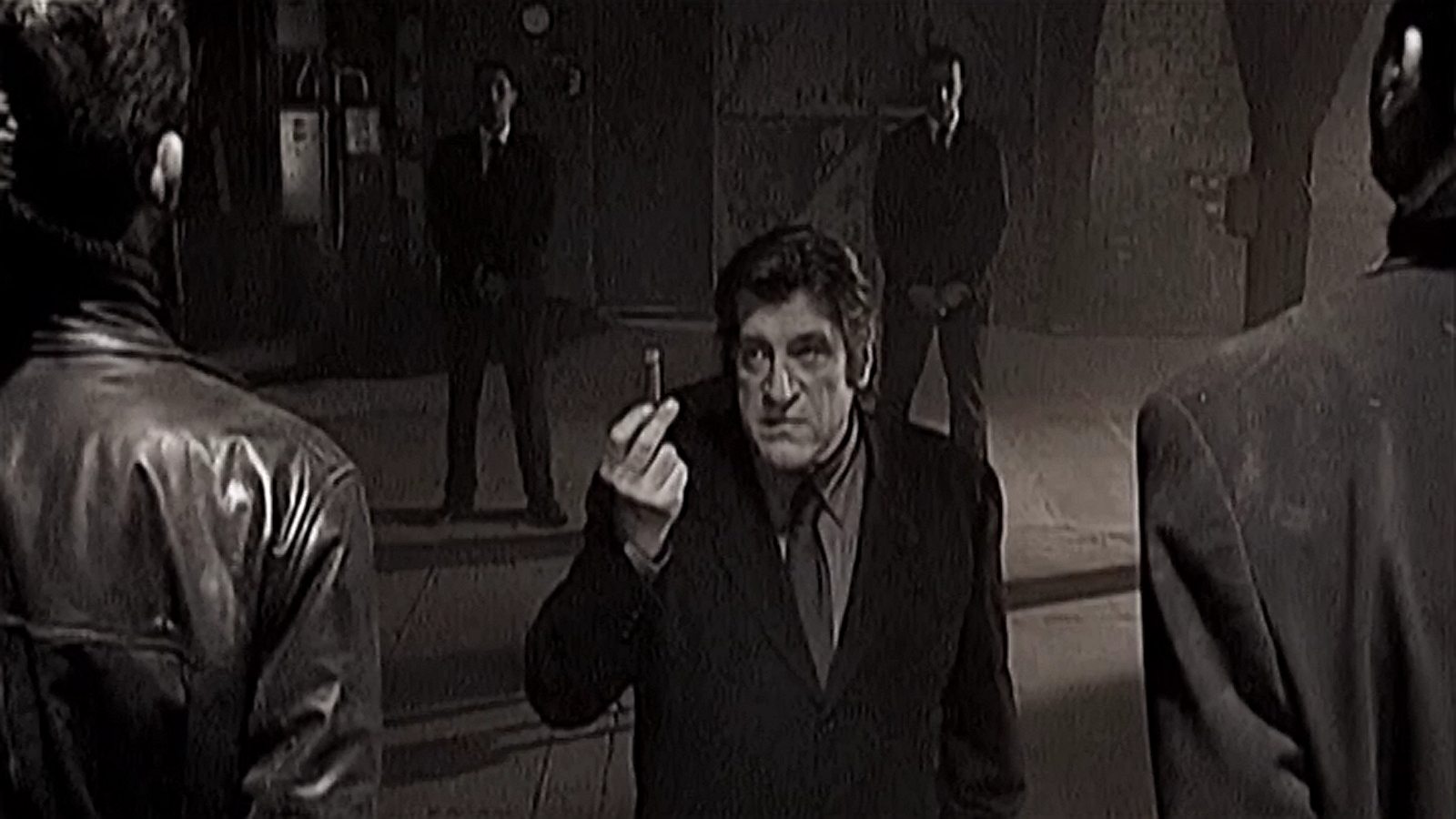 See, the drug guy didn’t actually own what he gambled with, he was just moving it for his boss- his very easily angered boss. So guess who comes knocking on their door wondering “WTF are you thinking stealing from me”? Jack and his pal are hung up and interrogated, and this is when the buddy decides to criticize the boss. More specifically, he calls him a fag for smoking a cigar. Look, there aren’t many rules in life I think apply constantly, but insulting a guy who’s probably killed more people then you’ve ever shook hands with is one I always go by. Especially when he has a gun drawn on you and you’re hanging from a fucking I beam! He dies soon, leaving Jack the inheritor of repaying the debt. And guess how Mr. Boss wants him to do it- by killing the most powerful mobster in town. 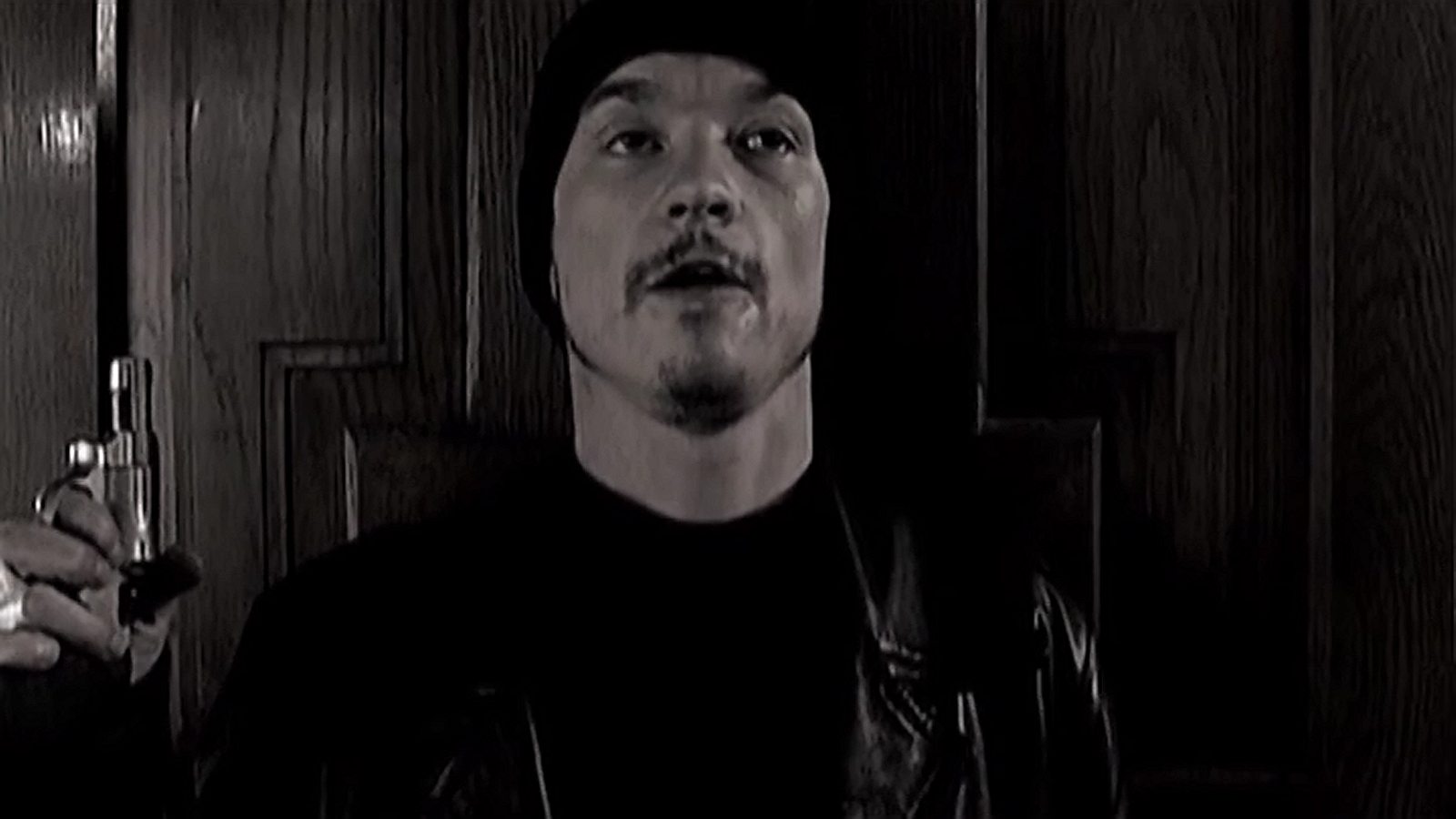 Despite the blunder, Jack is one smart man. Instead of killing the guy, he sells the insignificant boss out to him. Taking a situating that will get you killed and flipping it so you get revenge AND your foot in the door with the most powerful crime syndicate in town is damn good. After proving his smarts, Jack is taken into a secluded forest hours from civilization along with a few other hopefuls for the luck test. The luck test, as they call it, is “I’m going to blindfold myself and fire a pistol indiscriminately, if you’re lucky enough not to die, you’re in.” Amazingly Jack is the only one not killed, and he’s inducted to the gang. Things couldn’t possibly go bad. Well, until he meets the boss’s nephew. 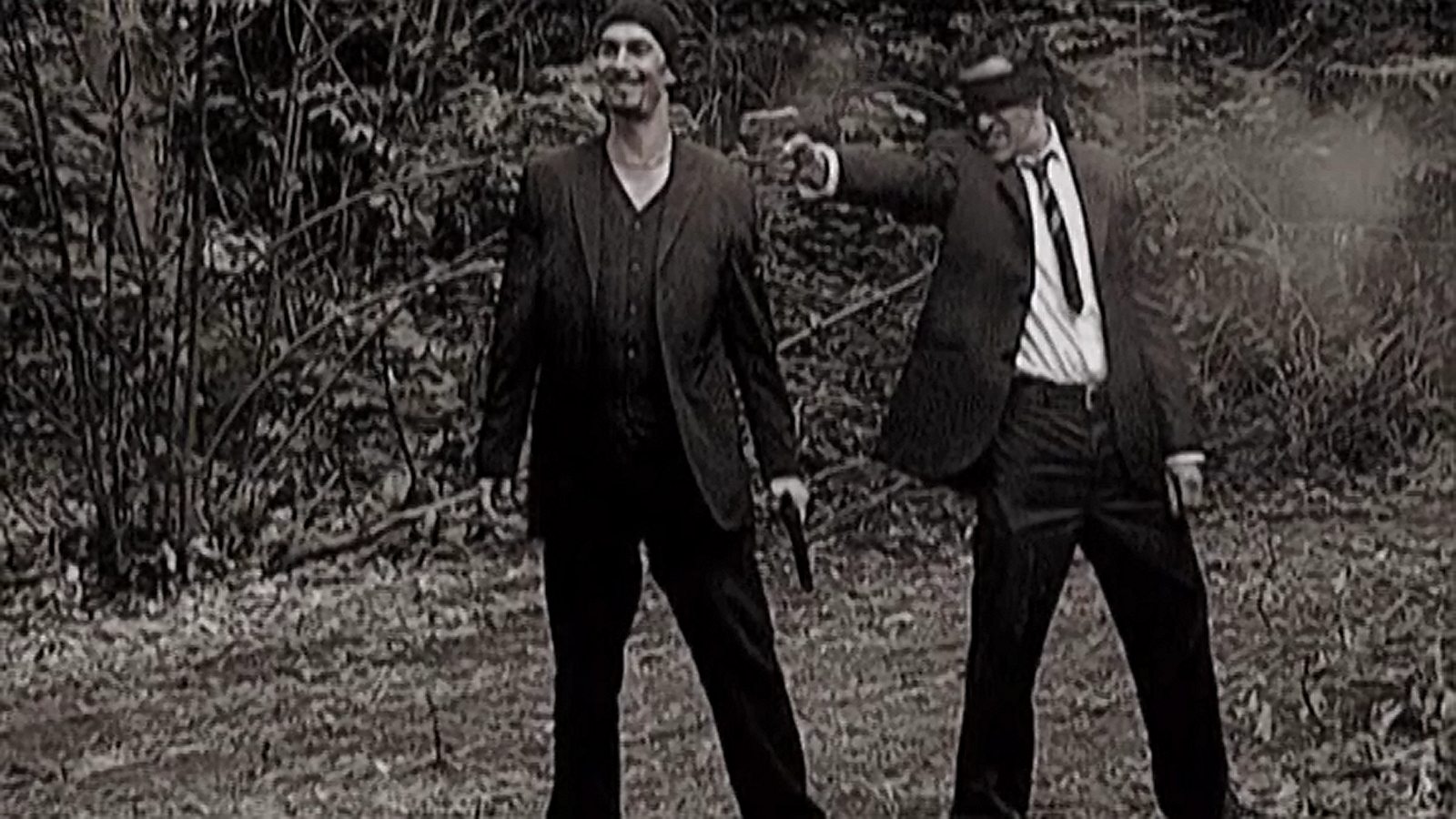 The nephew is a softie by even office cubical worker standards, and wants to prove to his uncle he can be a ball breaker. After asking Jack how to be intimidating with a gun, Jack hands him a revolver and gives him a prompt to say while brandishing the gun, just like a hold up rehearsal. It isn’t satisfactory, so Jack suggests he twirl the gun- I’m going to interject right about here. Cowboys would spin single action revolvers on their fingers, meaning the hammer must be pulled back in order to fire. Jack, on the other hand, has a double action revolver, meaning any movement on the trigger can fire the gun. And he’s just talked his boss’s young nephew into twirling it around his face. In case you can’t guess it, the guy blows his head off. 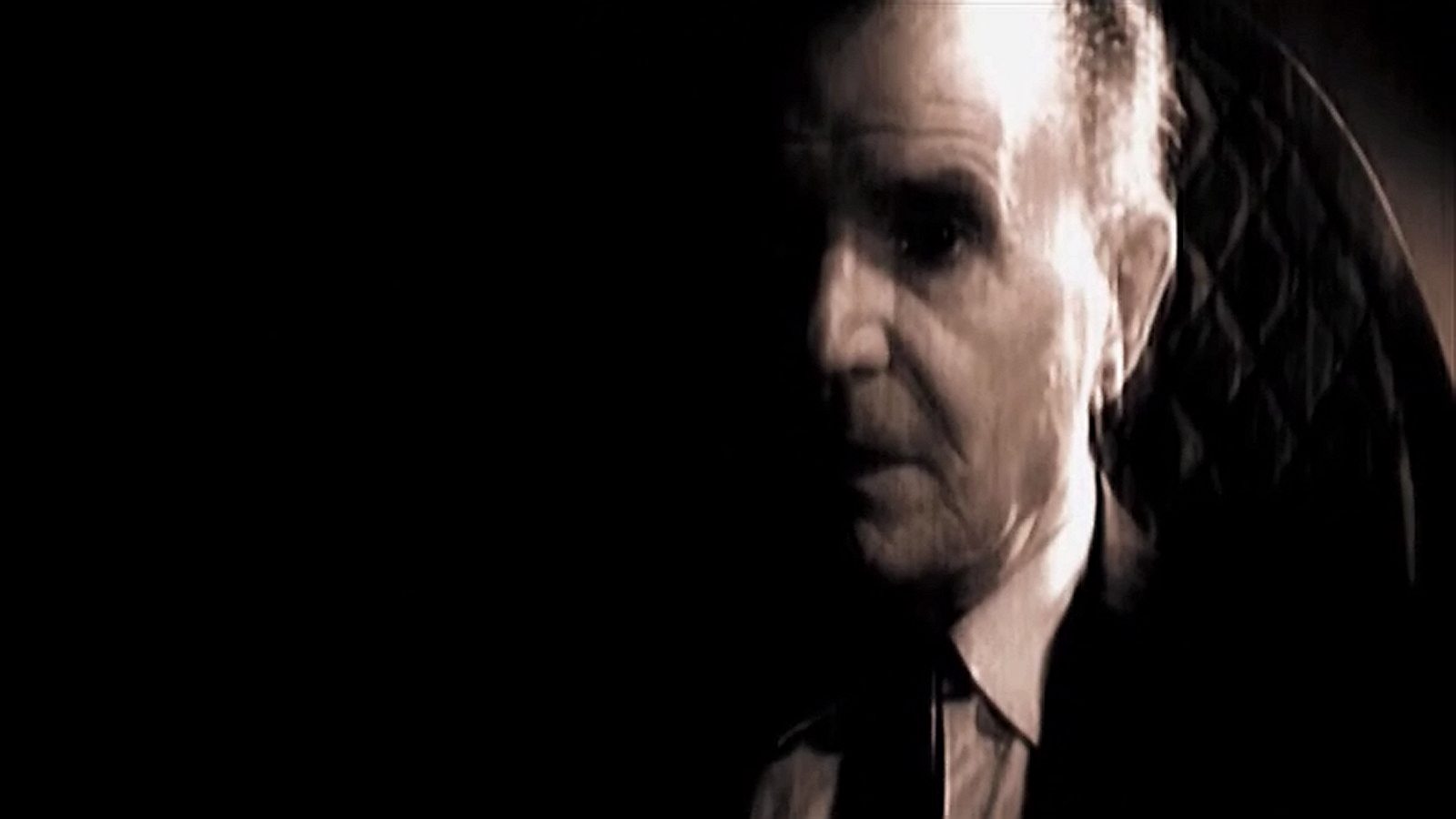 Deciding to skip town (because lying that “he asked to see my piece, went all John Wayne like an idiot and shot himself” would have been stupid), Jack heads to an abandoned warehouse to get his stash of money. On the way out, he’s shot by a sniper with a tranquilizer dart, and wakes up in the same woods at the “luck test”, bound and in the company of two henchmen. Since he killed a member of the family, the boss wants him to suffer pretty badly. The goons chain him to a tree Jigsaw style and leave him to slowly wither away and die. Jack is determined to survive somehow, but without any food, water, or tools it begins to seem death is inevitable. 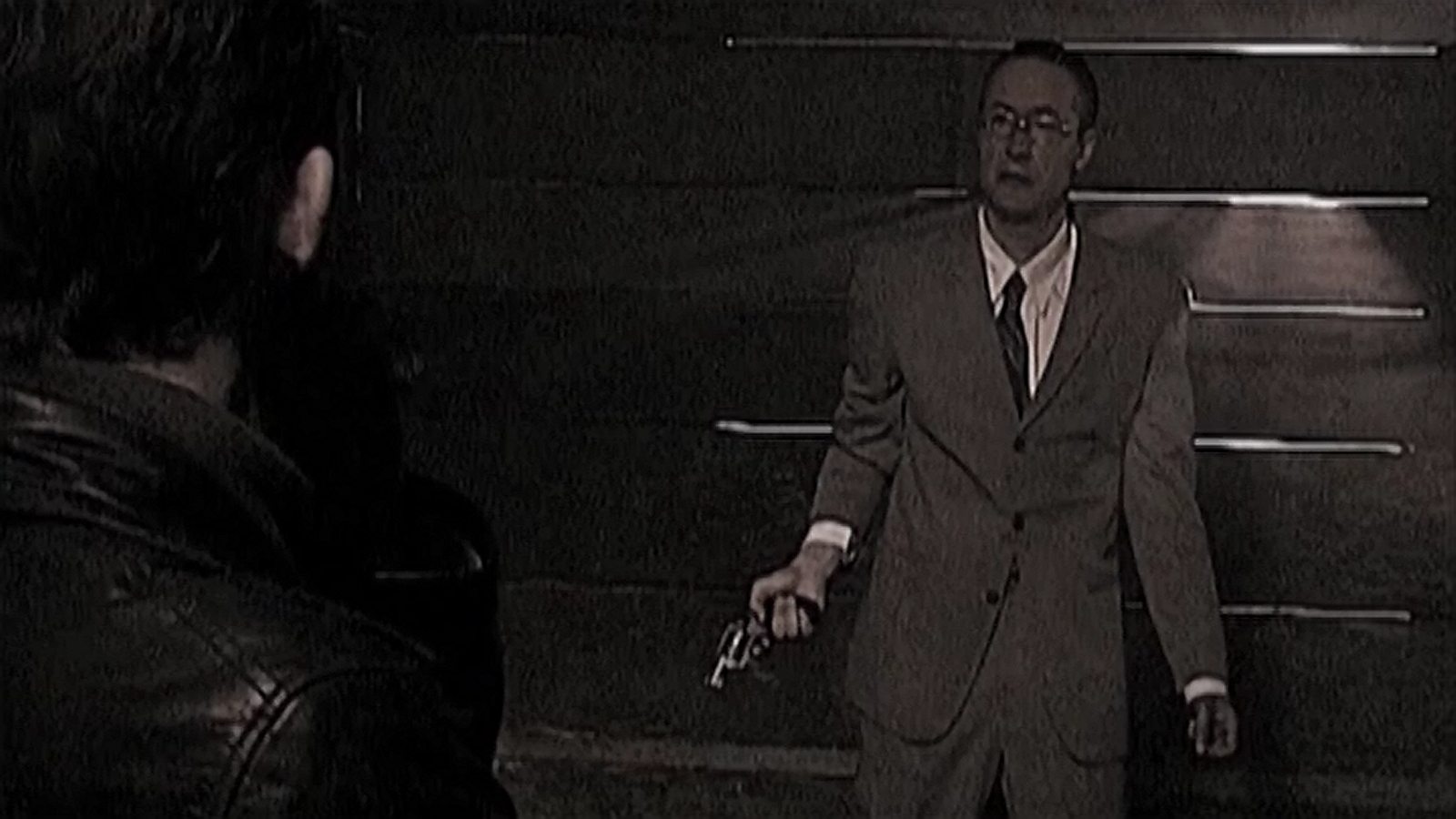 That’s when the boss’s caretaker drops in to visit, and Jack’s luck shows just how potent it can be. He’s a masked, sadistic, machine gun packing goofball who seems more interested in toying with Jack than ensuring he has a slow death. Good thing he’s not the smartest guy in the world, or this would be a very short movie. While forcing Jack to play a “dodge the bullet” style reflex game, the fucking moron ends up with a ricochet bullet between his eyes. This amazing display of stupidity leaves Jack with a nice new gun, a video camera, water flasks, and food- but obviously the supplies are limited. 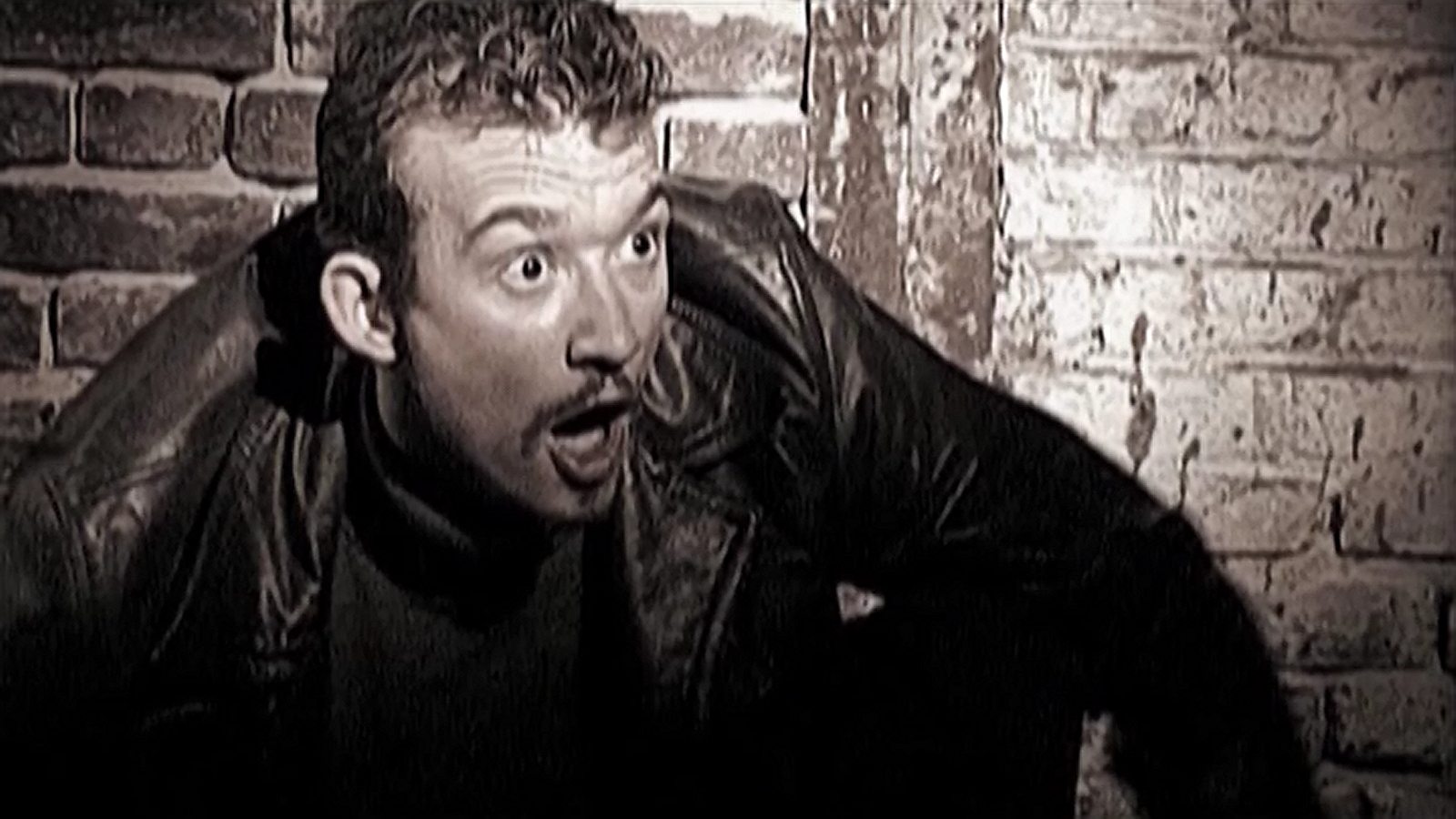 With thirst and hunger off his mind, he begins to notice something isn’t right. There’s not a single sign of wildlife in the woods (except the caretaker’s dog, which despite being vicious is not an indigenous woodland critter), and he also happens to be chained to a tree the gang was using as a marker for a shallow grave. As the days tick on and the supplies run out, Jack becomes increasingly delirious and desperate. His struggle to survive begins to look futile, but a mysterious visitor may very well change that. 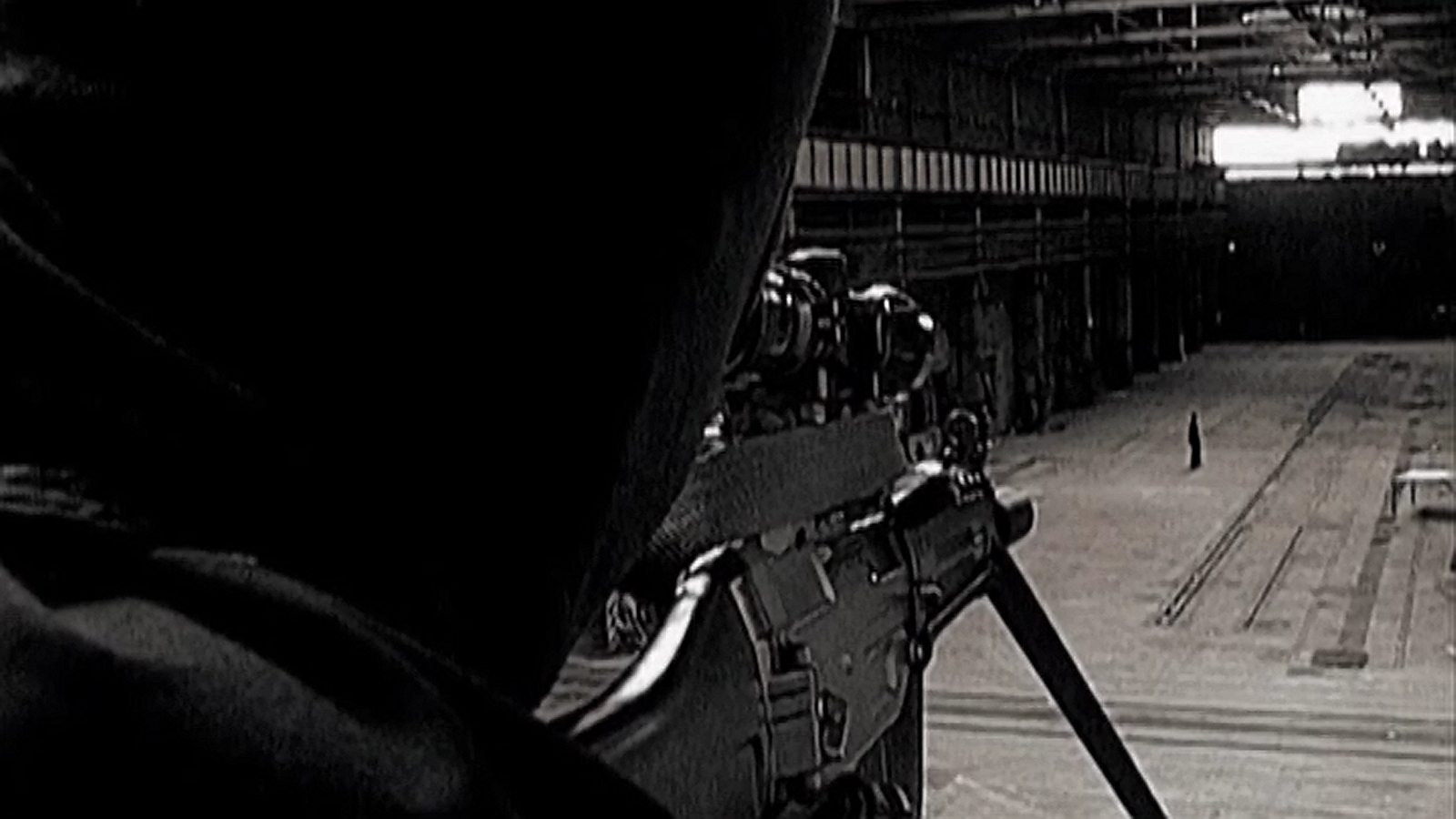 Before we get into the review, I have to make one tiny criticism to make. The film is titled Asylum for this DVD release, with the original title being I Want to be a Gangster. While they both make sense, I feel they aren’t the best choice. Here are my top three suggestions if the film receives a second re-titling- “I May Have Just Fucked Myself Over”, “I’m Chained to a Fucking Tree”, and “Thug Strife”. The last two could even be taglines. 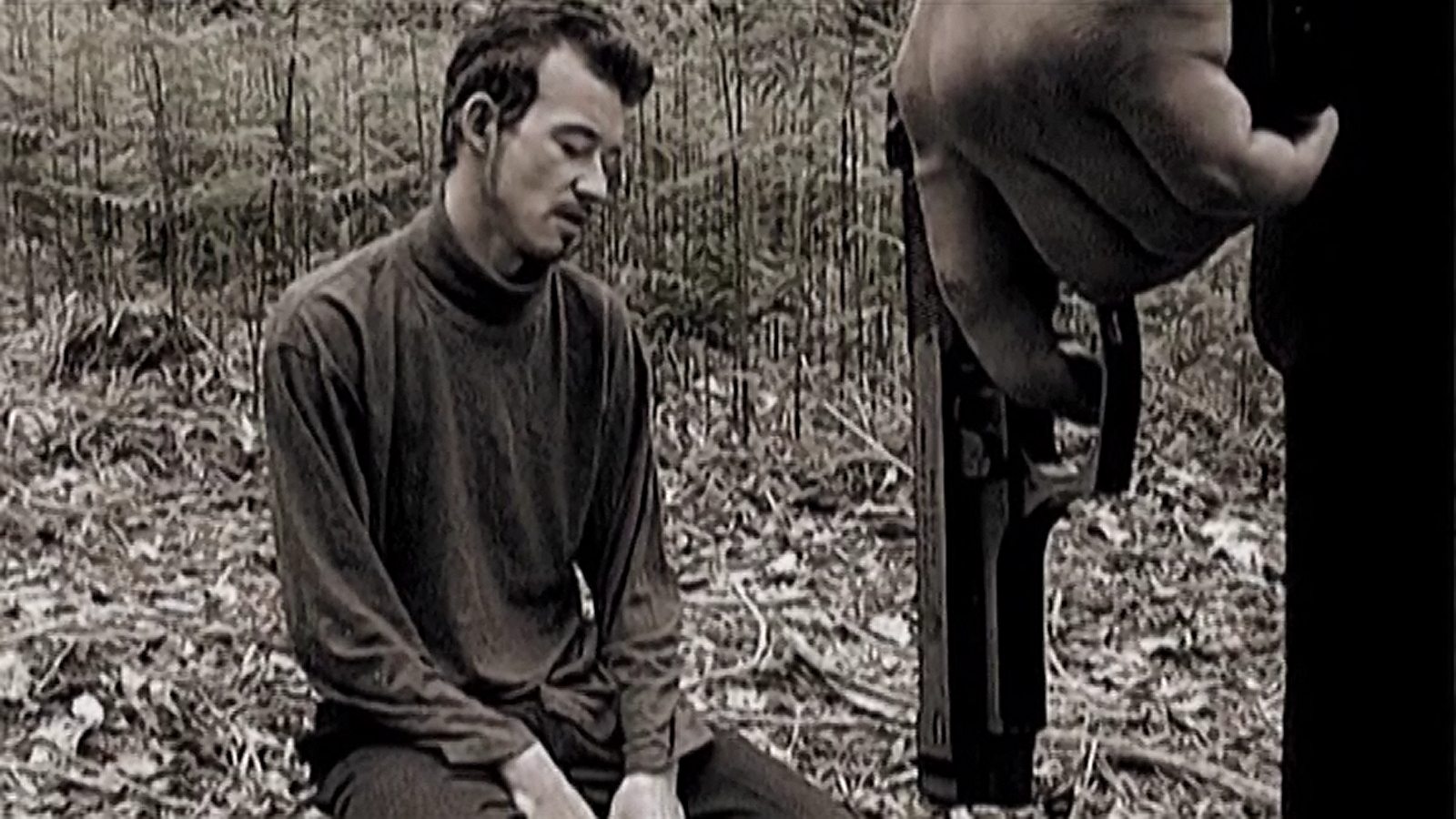 The French Gangster sub-genre is one hell of a great place to be. One of my favorite movies this year was Les Lyonnais, so as soon as I heard Synapse was releasing a French gang-centered disk I automatically got excited. Despite the complete difference in plot, style, execution, and even budget, I believe my expectations were met and then some. The first half plays like a very raw gangster film, and the second delves right into psychological torture horror (with a few laughs splashed in too). 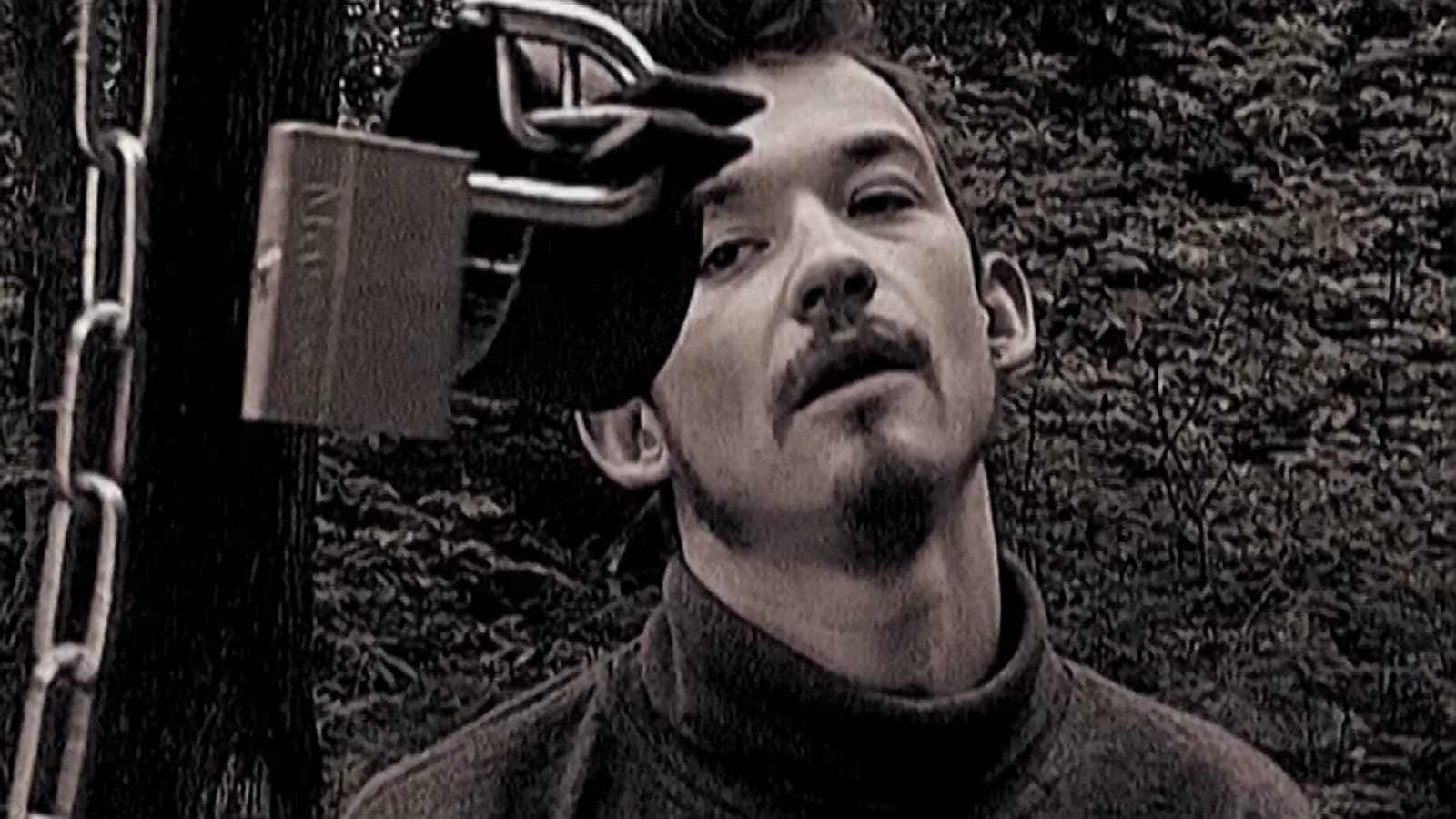 Jack has been dreaming of the big time ever since he was a small child (he even uses Henry’s opening line from Goodfellas to describe how he feels), and making it to where he didn’t jump at the first chance, but actually sold out a lesser boss to get a place with the biggest gang in town is damn near brilliant. The execution of this scene is spot on, with tension out the ass and a nice little twist no one will see coming. After he gets his chance in the big time, he pretty much instantaneously fucks up- then makes matters worse by trying to flee. This is where the film makes its play… 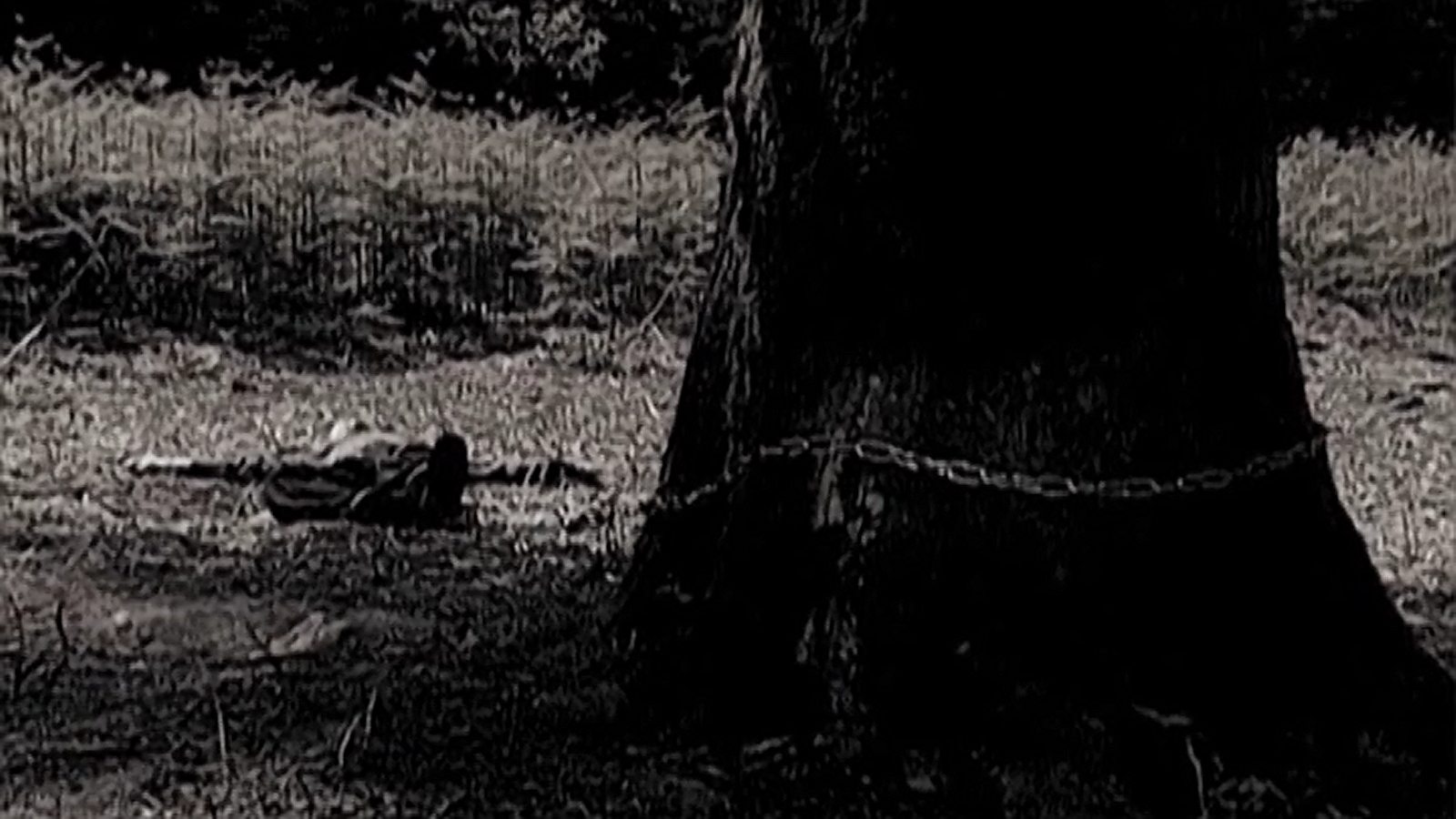 Imagine almost an hour of watching some poor soul chained to a tree. Sounds about as eventful as being there yourself, huh? Well this is where the total genius of this movie shines, because not only is it entertaining, it’s fucking intense. From the get-go you know he isn’t going to last long, but his “luck” and the caretaker pretty much shooting himself in the face ends up leaving Jack alive for over three weeks. I can’t explain too much because this is serious spoiler territory, but the whole damn ordeal is tightly crafted and tense as all hell. 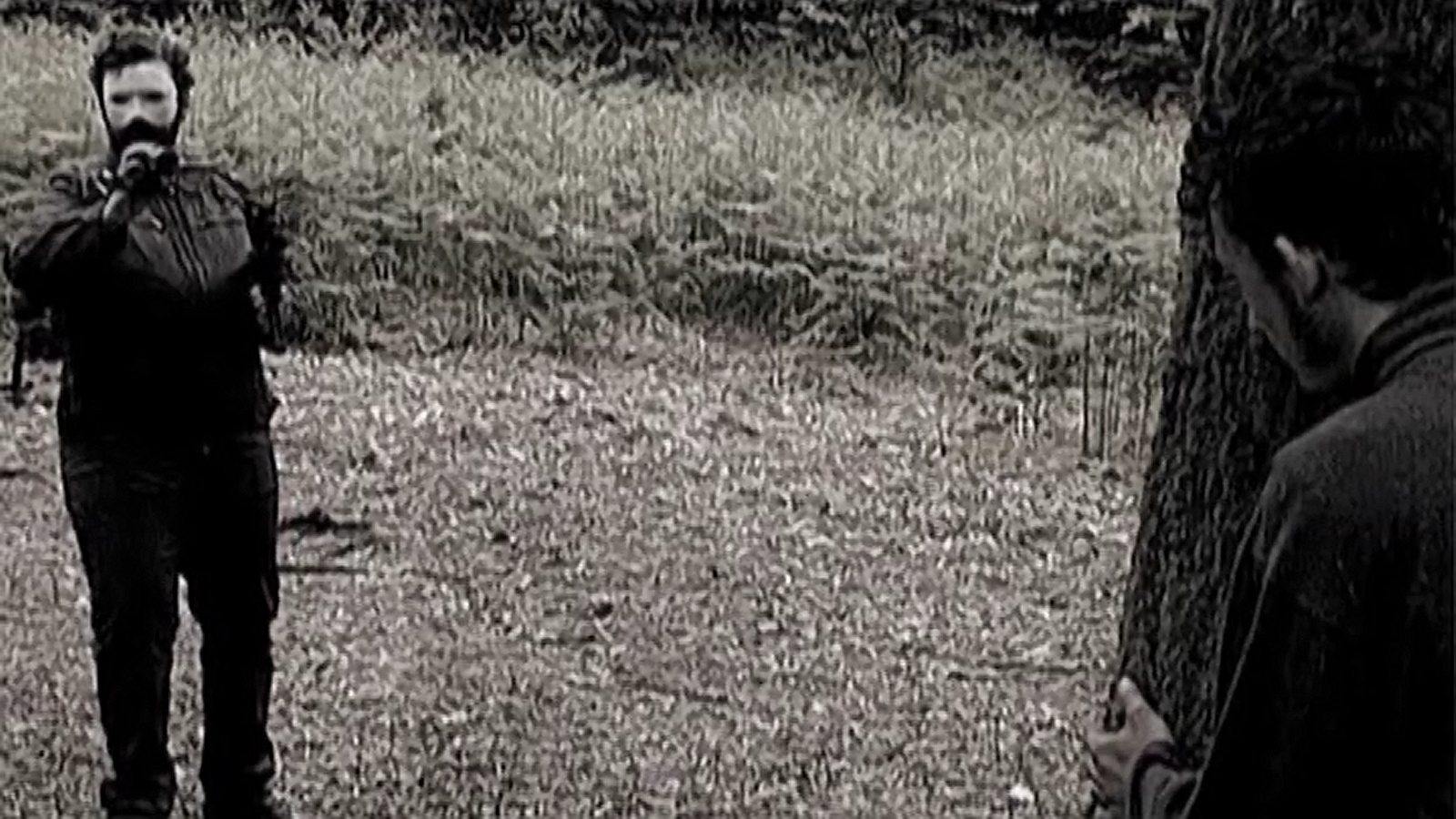 Here’s my one complaint- what the fuck is with that ending? Obviously I can’t go into this at all, but when you watch pay attention to HOW Jack gets to the forest during his initiation, then tell me if the ending makes a damn bit of sense. It doesn’t ruin the movie in the least, but it feels like one big “fuck you” to the audience. Not sure if anyone else remembers the short lived BBC show Cape Wrath (Showtime broadcast it as Meadowlands here in America), but the conclusion of both are exactly the same. 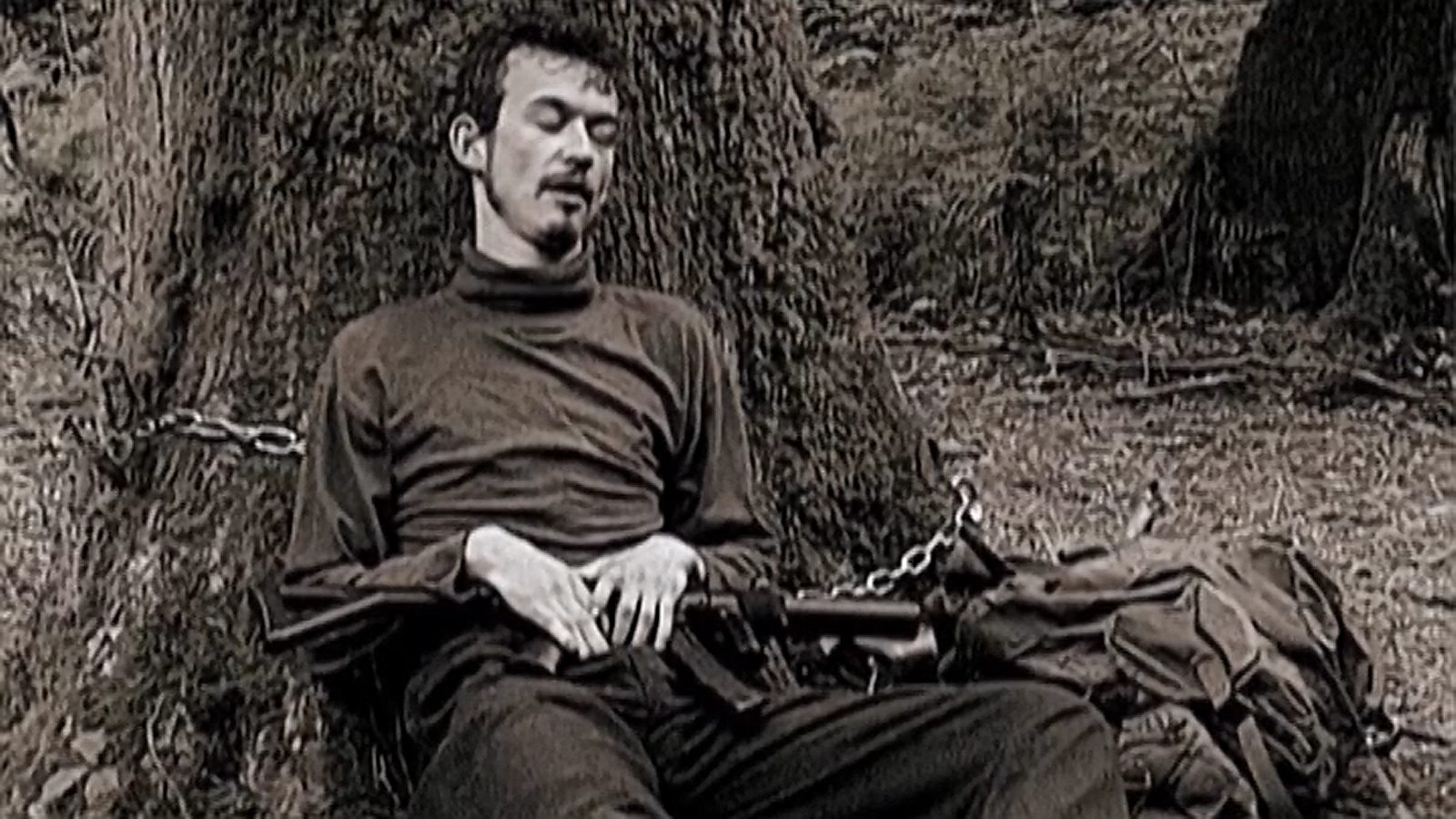 I hate that I can’t say more, but it’s impossible to describe over 45 minutes of being chained to a tree without using the term “it isn’t too fun” over and over again, or just flat out spoiling everything. But with such a unique style, interesting plot, great humor, and some genuine tension, this is an outstanding accomplishment for any film, much less an independent one. Sure is has some completely ridiculous moments, and the central idea of “luck” allows the story to throw out more than a few of those “one in a million chances”, but this is a highly entertaining movie. Don’t hesitate to pick up Asylum- it’s that damn good. 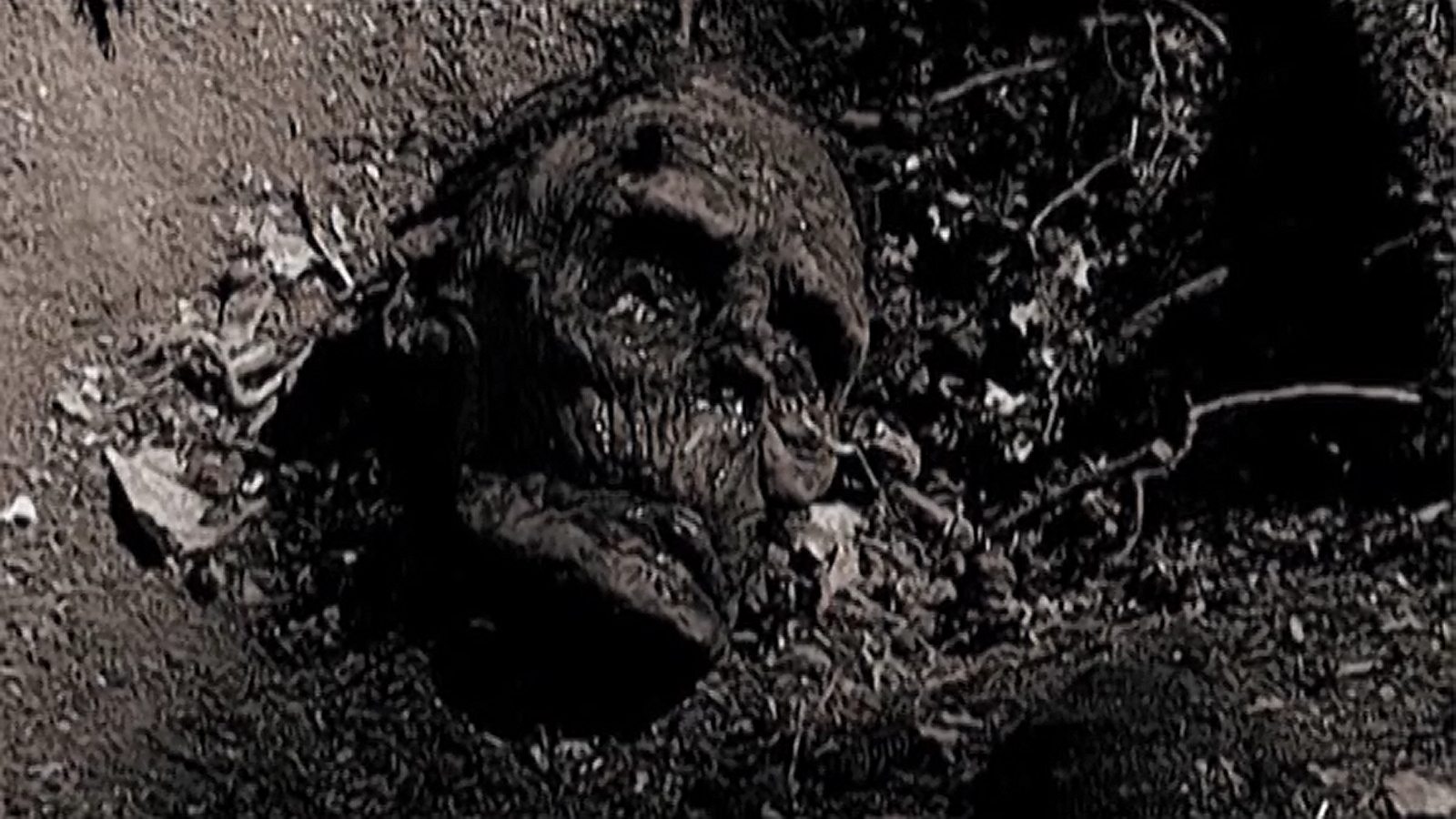 The Package– The film was shot on DV and purposely degraded to have an almost sepia tone. It can range from black and white to faded color depending on the scene. It’s a very interesting and disorienting style, and that’s said as a complement. For a print that’s been intentionally downgraded, obviously expect a hell of a lot of noise, but know it’s intentional. 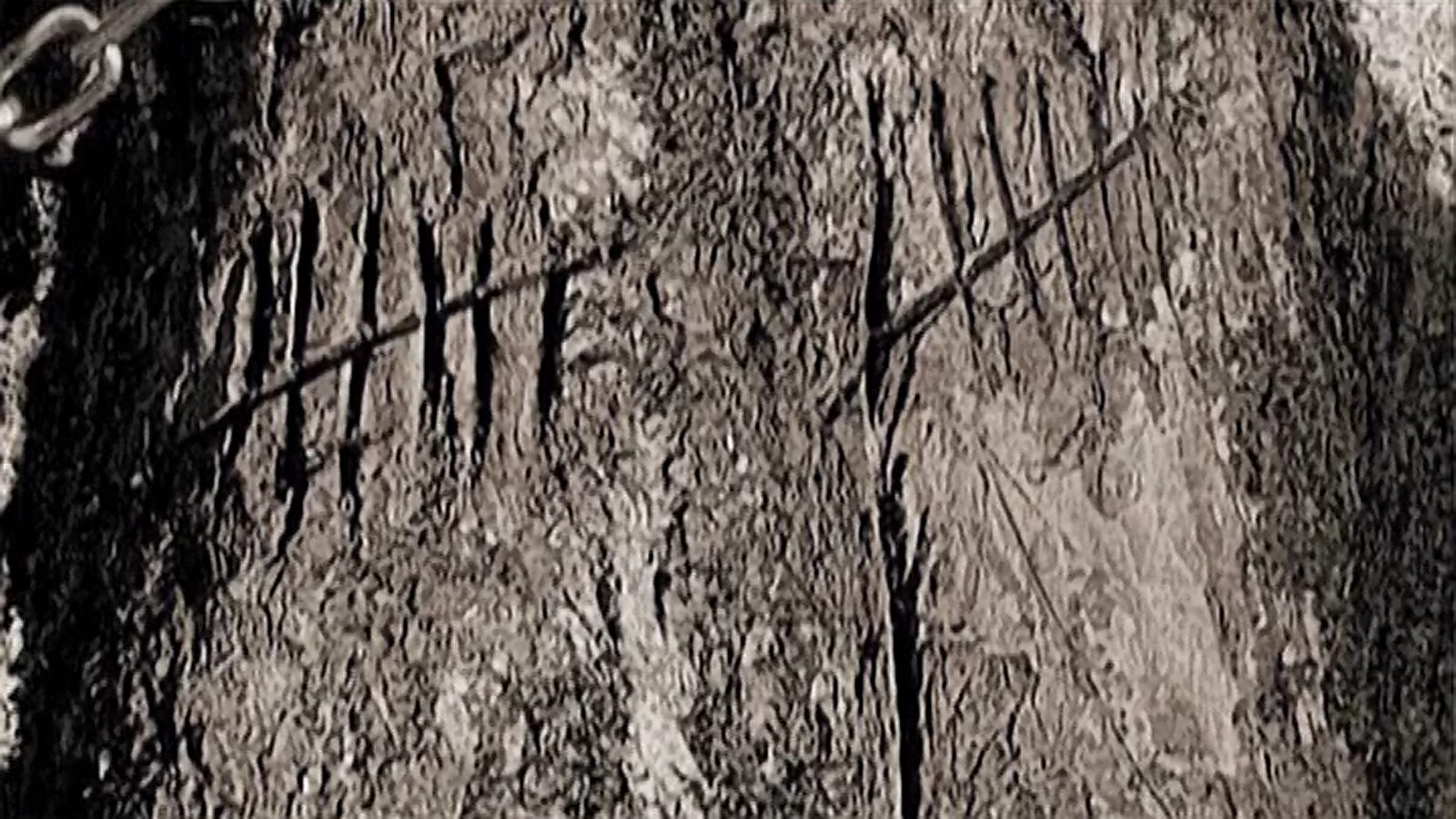 The only audio option is the original French track in 5.1 with English subs. Everything is balanced and clear; the subs are error free and easy to read. 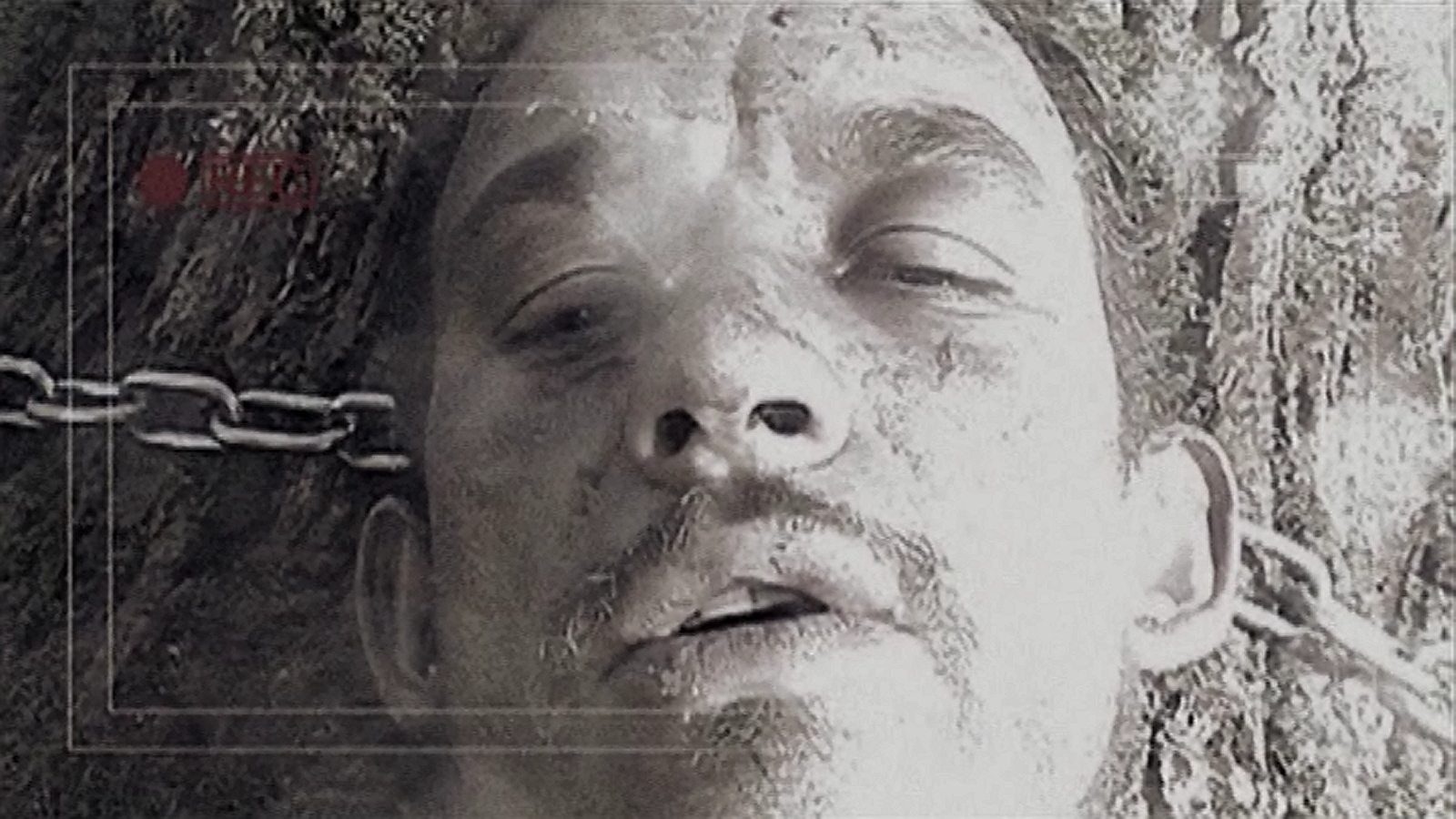 Synapse has included the original trailer, Homer- a short by director Olivier Chateau about a rabbit, and a behind the scenes featurette. For an independent French film making its debut on DVD, this is an impressive bit of bonus features. 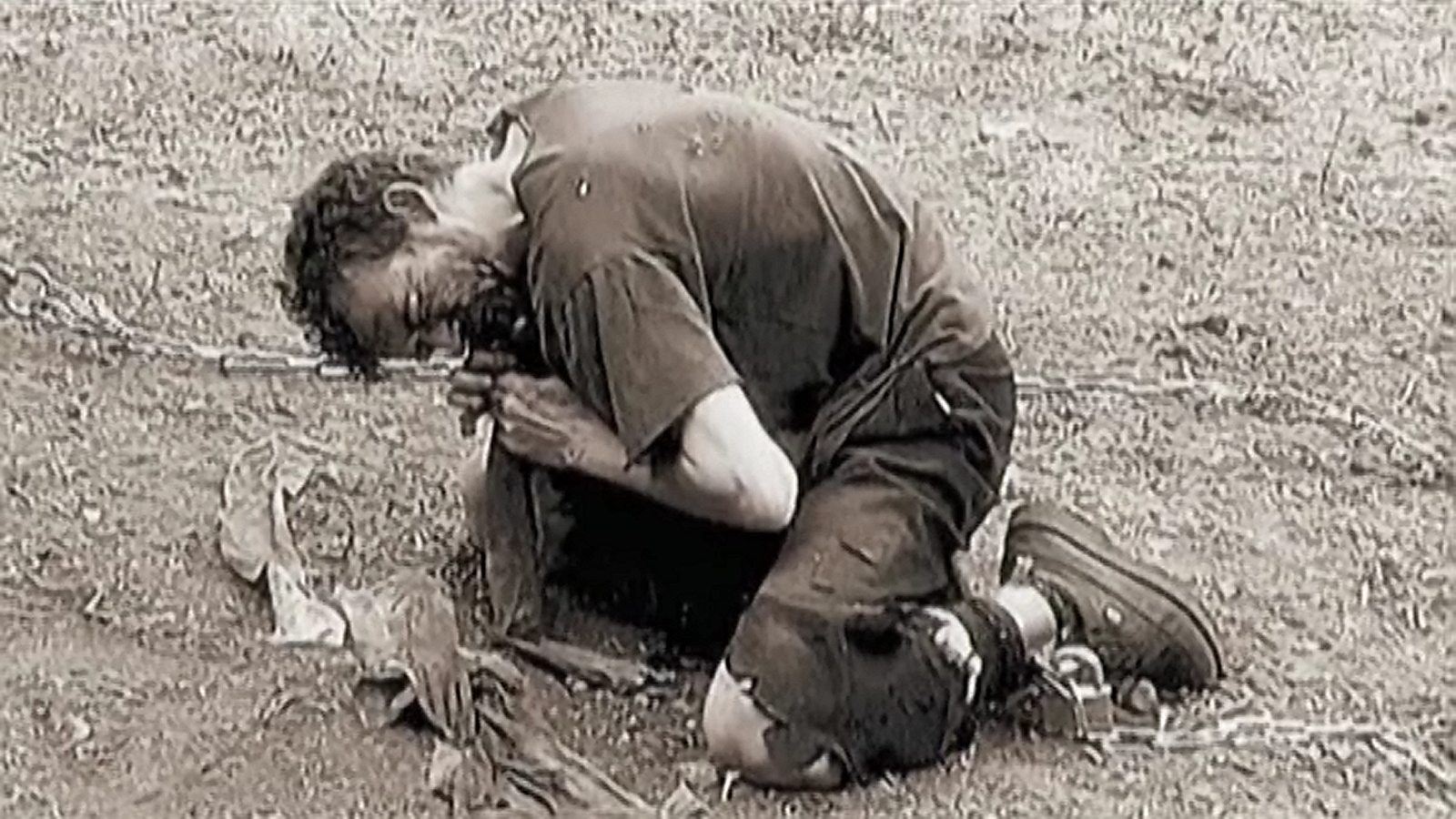