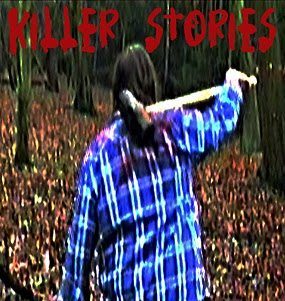 FILM– A couple meet in a club, then proceed to head home and have sex. After the quickie, the two begin to talk about certain unpleasant things that have been going on around them- thus setting up the frame story for the delightful patchwork "killer stories".

The first story explains why the woman was so reluctant to go home with the guy from the club. A while back, one of her friends was chewing through guys, always leaving the clubs and bars to head back for some in and out. One day while waiting at a train stop, a mysterious man show up, lurking behind her. After running from the creepy stranger, she is eventually captured.

The psychotic kidnapper begins to toy with her. He’s disgusted with her way of life, yet he gets pleasure from ramming a screwdriver through her kneecap. After some physical and mental torture, the girl realizes her tormentor is not a stranger like she thought, and that he has been planning his revenge for quite a while. Also, she’s not his first victim- more like in the ballpark of his 30th…

We cut back to the couch, where the two talk about the story. Not wanting his visitor to top him, the guy decided to tell her about a psychotic killer who broke loose from jail and went on a bloody rampage through the nearby woods.

During a typical prisoner transport, somehow a long haired maniac escapes (this guy looks just like a shorter, non mask wearing Michael Myers from the Halloween reboot) into the prison basement. While the officers look for him, he slowly picks them off.

After finding his way out of the basement- and a pair of scissors- he basically slaughters any person he comes across. Eventually the killer’s blood lust leads him to the woods, which just so happens to be packed with victim.

After ripping, slashing, and crushing about a dozen people, the only cop to survive the jail break goes on a one man mission to bring the killer down. But this is no ordinary killer, rest assured, this is one bat-shit-crazy-motherfucker.

After our cozy couple recover from this round of "I’m scarier than you", the guy pops some popcorn and settles down with his laptop to show his new partner a very special film. He promises she has never (and will never) see anything else like it.

This is by far the hokiest segment of the film. A killer who videotapes his murders begins to stalk a jogger in the woods. After toying with him for a bit, he lunges in and cuts the shit out of him with a knife.

Well one victim isn’t good enough, so the killer shows up at a rural home for some more carnage. After the obligatory shower scene, he chops up a woman with an axe. Well things don’t work out as planned, because her boyfriend comes back to check on things.

After seeing his dead girlfriend, the guy chases the killer through a nearby playground, where he escapes and kidnaps a new female victim. As it turns out, the jogger from the first scene wasn’t really dead, so now he has the two tied up in a tool shed- and the camera is rolling. But a sudden setback by the boyfriend might give the two captives a fighting chance. And after this story finishes, the frame story ends with a twist you can see from miles off.

Okay, I’m just going to go ahead and say these stories range from great to mindless fun. Ironically, they do this in chronological order, so by the time the film ends, your brain will be mush- but in a good way.

The first segment is the best. The killer is intense, the victim is convincing, the effects are good, the setting is fantastic, and it leaves you with a very satisfying conclusion. There’s a scene where the tormentor is placing tools on a clear picnic table and the camera is under the table, so you can only see the silhouette of the instruments. That’s fucking brilliant.

My only complaint about this segment was that it hurt my pride just a wee bit. There’s two places where that "one note jump scare" music blasts really loud, and it got me every damn time.

The second story is my favorite, and it reminds me of a tamed down version of Violent Shit. I love how far they went to make the killer seem crazy as hell, even having a scene where he eats one of his victim’s guts. This is just a high body count, low brain cell film, and it’s cheap enough to work on that level.

The effects are pretty good on this one. Dismemberments, guts being ripped out, garroting by chain, sledgehammer to the face- and that’s less than half the kills in the entire segment. Also I love the look. It’s a very degraded, cheap looking film, which does nothing but enhance the sleaze.

And now the final segment, which is full of plot holes and cheese. This one is enjoyable, but you’re going to have one hell of a laugh at the plot. Basically what starts out as a snuff film turns into a psudo-crime drama, which makes me ask "how the fuck did a serial killer get a camera into the interrogation room, turn it on, record the entire conversation, then escape and manage to smuggle that honking thing out with him???".

You can tell this one was shot as a short film and not faux snuff, and if you take it that way it’s a pretty good short, but the context it’s used in, with this supposedly being real footage on someone’s computer, takes a good bit of the seriousness away (and it didn’t have much to start with). But I will admit, this segment has the best scene in the entire film. Director Jason Impey plays the snuff killer, and while talking to the detective he gives this insane, over the top spill on how snuff gets him off better than any other type of violent porn. It’s sleazy gold.

A decent frame story with some entertaining shorts, Killer Stories is a fun film. It’s not polished, it’s not seamless, but I like that about it. I also like how each film appears to have been shot at different times with different equipment. The first story is fantastic, the second is gory fun, and the third is a cheesy laugh (with some pure insanity thrown in for good measure). If you like low low budget horror, then you need to check this out. 8/10