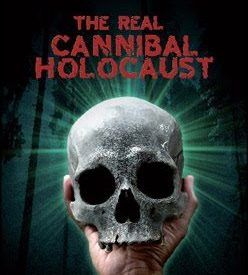 The Film– Okay so off the bat I’m going to clear some things up. I usually wait until the end of the review to give my opinion, but this is an exception. This has NOTHING to do with Ruggero Deodato’s Cannibal Holocaust. Bruno Mattei’s "Cannibal Holocaust 2" has more to do with the original film, and it was made over three decades later!

There is a slew of misinformation about this film out there, and I tried to clear some up on this blog post. So for lack of redundancy, please check out that article before continuing with this review. Believe me, it makes things much simpler.

Hopefully you read that post and are aware this is a Mondo film from 1974 dealing with the independence of New Guinea, and since those (along with action films and slashers) are some of the hardest films to review- at least in my opinion- I’m going to try to make this at least sound logical.

The film begins with an explanation that New Guinea has just been granted freedom from Great Britain (imperialism FTW), and gives the viewer an overview of the locals and their customs. The only thing they focus on in this intro is they are still CANNIBALS! Yes people, these uncivilized freaks eat people!

Queen Elizabeth II lands for an exploration of the area she has just given independence, and after some visits from the locals and things of a similar nature, she leaves. This is where the documentary portion really kicks into high gear. And actually, this isn’t a bad Mondo film- but it covers many, many things, so this is all in a nutshell.

The first major portion is the "wind funerals", where a body is left to putrefy for a given amount of time before being hung in a hammock to finish decomposing. The film covers the death of a man who’s been festering for a while, and his widow covers herself in the puss and juice that leaks out of his body. This practice of covering yourself in the scent of death helps you remember the loved one who died.

Next the film begins to cover various tribes and their "war faces". Something tells me even Sgt. Hartman wouldn’t tell these guys they needed improvement. The tribes fighting gear ranges from face paint to oddly disturbing helmets. This also brings us to the second big mention of CANNIBALISM!

After a foe is defeated, it’s custom, but highly illegal to eat them. The crew stumbles upon a meal just seconds after the cops raided the area (unlucky I suppose), but they’re still able to get a gratuitous shot of the half munched arm. The narrator explains that cannibals, when convicted, are essentially forced into labor camps for a prison term, then released.

Now for a look at the city life, and the hot trend is tattoos. These are done mainly for a beautification purposes with women, and tattoo salons are the most popular thing in the city now. These tattoos consist of a basic thorn and black ink being stabbed into the skin, and by modern standards they make GG Allin’s "scumfuc" tats look like the work of Kat Von D.

This wouldn’t be a Mondo/ Cannibal film without some hardcore violence to animals, would it? And if you thought the "actual" Cannibal Holocaust, or even Cannibal Ferox, had some disgusting things with animals, then you’re in luck. The Real Cannibal Holocaust has got to be one of the only Mondo films I’ve ever seen with this big of a hard on to killing animals. Bats, crocodiles, pigs- they film the locals killing and eating everything in this one… Except for people… huh… Food for thought.

Everything winds down wen a a plane flying over the most dangerous area of New Guinea crashes, and, thanks to the miracle of basic film editing, it seems it’s near some totems representing cannibal tribes. So of course the filmmakers head into the area, and they walk up on a barbecue in progress. Finally, time to see the actual cannibal massacre that was promised. Well maybe cannibal party.. Cannibal dinner… Cannibal slow-cooking… Cannibal- oh fuck it the cops show up and they ditch the body before they can eat it. Foiled again.

Personally, I’m not a big Mondo fan. Sure they were influential and sensational and shit of the such, but if you’ve seen one, you’ve seen them all. Same goes for death films (with an exceptional few that really stand out). The main reason I don’t like them that much is the constant facade of faking "real" practices for the sake of making it seem sensational.

But, this is a rare occasion where I actually enjoyed a Mondo film- at least as much as I can. While I know this has obviously been faked like 99.9% of every other film like it, it’s actually kinda hard to point out what’s false.

Sadly, that’s about all I can say. It’s a Mondo film, I usually find them boring, but this one was fun. That sounds bad, but this is a genre that, like action and slashers, is impossible to go in-depth on, because you’re just going to bore the hell out of readers by describing things that are only cool in context, on film.

I will say there is a slump between the second and third parts of the film, but I just kinda zoned out and before I realized it things were interesting again. Again that sounds bad, but I’m REALLY not a big person for Mondo films. My only big turn-off was the animal cruelty, and I know it was for food and has gone on for centuries, but I will never get any enjoyment out of seeing piglets being clubbed to death.

The Package– Well, aside from the fact the print looks like someone drug it across the Brillo factory line, it doesn’t look too bad. All joking aside, while doing research to see just what fucking movie this was I found out it’s damn rare, and this is probably one of, if not the only prints left. It’s rough, grainy, and has some splotches of major damage- but it didn’t bother me too bad because it matched with the grungy filming style and content. I looks like hell, but in context, I kinda enjoyed it.

The audio is an Italian track with decent English subs. The track matches the film, so expect a few odd noises here and there, along with lots of crackling. The subs are all grammatically correct, but there’s some humorous formatting issues in a few spots, plus it feels like the translators left out a few words here and there. Regardless, nothing too hard to overlook, epically considering the film.

Not a damn extra in site. This is a bare-bones release (I really need to stop using puns that idiotic)