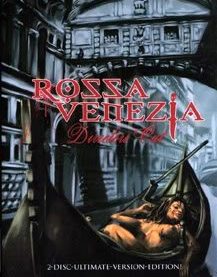 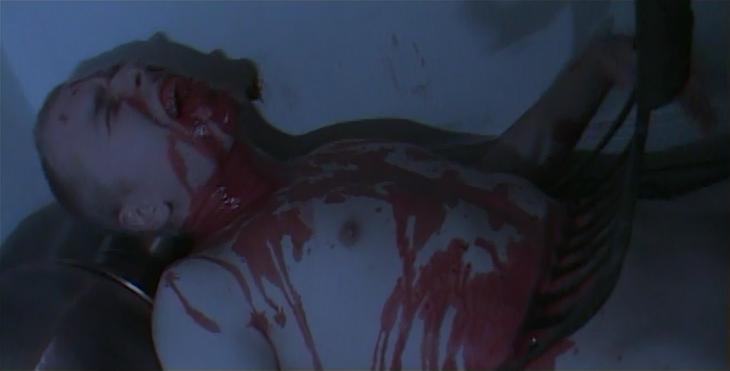 The Film– Nathalie catches her husband fooling around on her and goes John Rambo on his and the lover’s collective asses, blasting her head off and stabbing him with a pitchfork. She is imprisoned for 10 years (of course), and begins to keep a diary. The sadistic lesbian warden uses the women for her own kicks, and tortures them in goofy ways (thumbscrews, ect). After tons of hardcore lesbian sex, Nathalie is released back into the world, however, she has become a little unstable. Her prison time has led her to hate all women, and she sets out to sexually torture and murder anyone who dares enter her old home. Our story is read from her diary by her soon to be newest victim- but what living hell of sexual perversion will this victim encounter at Nathalie’s hands?

Alright, this film is long. LONG. Like over two and a half hours. In that amount of time, we get some good stuff, and lots of not so good stuff. Some of the sex works, but most is nasty looking. Any Bethmann fan knows he has a habit of casting grungy actresses, and Rossa Venezia is no exception. The gore is overall pretty amazing I have to say, and only a few scenes are crappy (an electric dildo scene with some of the dumbest CG I have ever seen tops that list). There’s an autopsy, endless vagina-related mayhem (drills, electrocution, knives, billy sticks, and the perversions go on and on), and an homage to The Beyond that is one of the coolest things I have seen in a long time- acid face wash baby.

The Package– Again this is shot on DV, and looks really good. This is probably one of the best looking DV transfers I have seen on an X Rated Kult release. Colors are nice and strong (although the blood looks pink when it dries), and flesh tones are as good as expected.

The audio is superb. X Rated Kult has a 5.1 and 2.0 track in both English and German, making for four total options. Each are blemish free, and sound great, if not a little goofy (not to the extent of a Teraz Films release, but oh so close).

This two disk set includes: the Directors Cut 103 minute version, the Hardcore Export 155 minute version (which is what was reviewed), an alternate ending, behind the scenes with Jess Franco and Lina Romay (who make small guest appearances), the trailer, and the alternate German ending- all packaged in a beautiful Hardbox. Even though the film is tedious at points, this release is well worth the price and effort to hunt down, epically for X Rated Kult collectors like myself.