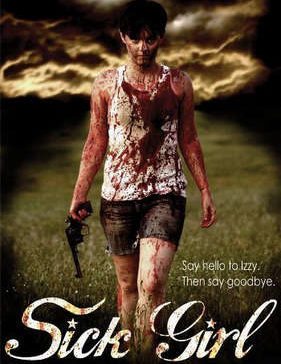 The Film- Odile is seduced very early on by her chain smoking neighbors in a sea side resort. The couple bring her, and her sex drive, over for some Ménage à trois action. After some cadoodling in the bedroom, the couple talks about their plan for O- which turns out to be selling her to the Mistress who’s been funding their lifestyle. Only problem is, they like O too much to sell her to the sex slaver, so they keep her around for a while- you know, for some more funzies.

When the couple finally decides they need the money to move on with their life, they sell O to the Mistress and her male counterpart. Once the kinky couple have parted with O, they decide they want her back. The male has fallen in love with her, and the female misses her bedroom shenanigans. But interfering with two murderous sex fiends can be dangerous…

The Sexual Story of O is a very shallow movie. That’s not a bad thing, but the plot is almost nonexistent. The not quite hardcore/ beyond softcore sex scenes last for A LONG TIME, making any further plot developments obsolete. Like I said, this is not a bad thing, because unlike most Franco sleaze flicks like Sadomania and Mansion of the Living Dead, there’s nothing else aside from the sex.

Now here’s what hurts the film- the title. Anyone with a taste for transgression will know The Story of O, which this movie is not in the least. There’s nothing involving the infamous "Ring of O", and the sado-masochism doesn’t even pop up until the last 15 minutes of the movie (and looks like it was filmed through a kaleidoscope). This doesn’t hurt the film it’s self, but the title does promise WAY more than it delivers. Aside from that, it’s a solid erotic film with "derp" moments (moaning with the actor’s mouths being shut, double barrel shotguns firing three shots without a reload, ect.). Any Franco fan will know what to expect, and that’s who The Sexual Story of O really caters to. 7/10

The Package- Synapse really made this one look good. There’s a few places where the print is damaged and flickering, but overall the picture looks good. The climax (no pun intended) with the kaleidoscope effect looks very lush and cool, and I highly doubt anyone will be disappointed.

The audio is well balanced and sounds clear enough. Like I said there’s some dubbing issues, but it really makes for a humorous watch. Speaking of the dub, this is a combo of Spanish and English, so Severin included some very nice subs that run for the duration of the movie, not just the Spanish parts.

The only extra on the disk is Franco’s O, a featurette with ol’ Jess talking about his erotica. It’s always fun to see Franco talk, and this 15 minute talk with the director is a welcome addition to this disk. 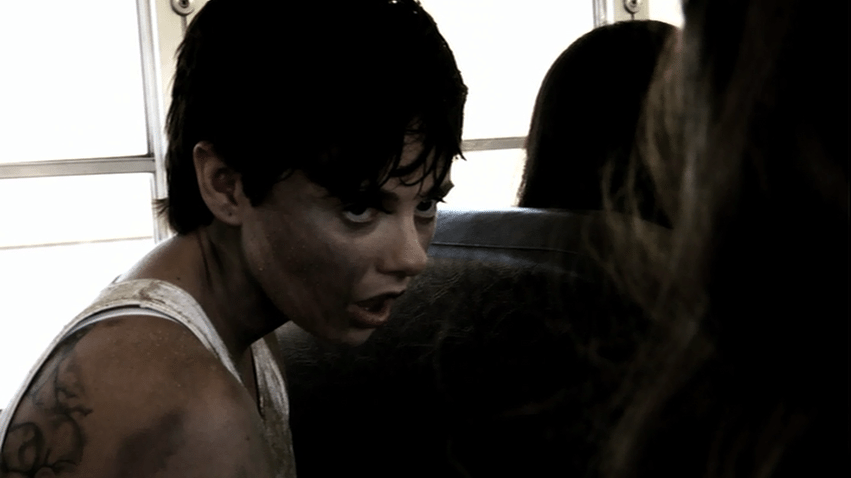 The Film– Izzy is a very unstable girl. Her parents are dead, her younger brother Kevin is picked on at school, and her older brother Rusty is a Marine in Iraq. Most people would deal with this kind of stress in a positive, self-improving kind of way- but not Izzy. She was never right to begin with (flashbacks show us just how disturbed she really was), but the loss of her brother has pushed her over the edge. Izzy has now turned to a new hobby to release her aggression- slaughtering anyone she can.

As the head of the family farm (which oddly has no animals), Izzy has lots of land, including a big wooden barn. If you’re unlucky enough for her to spare your life, you end up as her captive. After massacring a school bus full of girls, as well as a car of guys following behind, she now has a male and female prisoner (who just so happen to be boyfriend and girlfriend) to play with.

From the outside everything looks rough, but normal enough for Izzy and Kevin. Rusty writes often, and family friend Barny is always there to help them out. One day at school, Kevin finds that three of his classmates have stolen the teacher’s beloved pet rat. Of course the trio of nine year old bullies harass him, but Izzy is quick to his defense. Bad thing for these children, because Izzy doesn’t discriminate by age.

After helping the lead bully "skip a few steps on his path to killing a person", she now has a third plaything locked up in her barn. As Christmas rolls around (another thing bizarre about this movie is the Midwestern setting, which means no snow or no cold weather) Rusty’s absence begins to take a tole on Izzy, and soon she begins abusing her toys in disturbingly sadistic ways. As her mental health deteriorates, everyone around her begins to suffer- and soon even her "barn-‘o-fun" can’t tame her sick mind.

I’m really shocked that more people aren’t talking about this movie. It was released with Header last year, and everyone was talking about how sick and twisted Header was. While that is a damn fine movie, I think Sick Girl could be the more deranged of the two, and that says alot!

As I just said, this is a super disturbing film. Aside from the gore, this movie has a really bizarre sense of humor. It’s a very dry, cruel humor (pretty much like if Larry David was a serial killer), and sometimes you wonder if you should be laughing or cringing. It’s not like the typical horror comedy, it’s much more devious.

One thing about Sick Girl that I loved was it didn’t care to show what most movies cut away from. There’s a scene where two nine year old kids are killed, and nothing is left to the imagination. Castrations, object rape, torture- this movie is full of nasty, nasty stuff. It’s not too over the top, and some of the images managed to get under my skin (and finding an albino buffalo is rarer than finding a movie that can manage that).

Now this is an indie movie, so the acting is really flat in places. However, lead actress Leslie Andrews manages to give a really good performance as Izzy. Seriously, she acts like a female Henry Lee Lucas. She only get upset when someone talks bad about her brother Rusty (and she also hints around to being more than a sister to him, kinda odd, eh?), and even when killing people she’s calm and collected. She taunts her victims, which I think is horrifying considering her emotionless nature. It’s rare to see a female killer, but one who commits tortures that rival the Hillside Stranglers is something that has to be seen by horror fans.

Sick Girl is a very demented movie that pretty much fell under the radar. It’s a shame really, because this film deserves its place beside movies like ReGOREgitated Sacrifice and Header. It’s not quite as gory as them (but the last 20 minutes or so really cranks out the sloppy stuff), but it has the same effect on the viewer. It is a fiercely independent movie, and that is obvious at times, but Sick Girl a twisted flick that makes you think- only problem is it makes you think about things you really don’t want to. A visceral piece of cinema that is essential viewing to horror fans like myself. Plus it has Stephen "Evil Ed" Geoffreys as Kevin’s socially awkward teacher. How cool is that?

The Package– The fact that Sick Girl is an independent movie really shows in the picture quality. The bright scenes are super bright, and the dark scenes are almost black. Synapse has honored the source material as best they could, and their work is as good as ever. I must say that Sick Girl has a very distinct look to it, and if it didn’t look so (for lack of a better term) cheap, it probably wouldn’t have been as effective.

The audio has nice balance, volume, and is distortion free. It doesn’t show the film budget as profoundly as the picture quality does, but it is kinda odd in some places. The soundtrack and effects are not overpowering (like in many independent films now that seem to enjoy making their score burst your eardrums), and overall it sounds just fine.

Synapse has packed Sick Girl with extras. Included is the original teaser and theatrical trailer, an interview with Stephen Geoffreys, a featurette where lead actress Leslie Andrews talks about her "Death By…" photo series, a blooper reel, and a "public service announcement" involving Izzy that makes you never want to walk into a movie theater again (as well as the obligatory liner notes). A pretty good round-up of extras, but some of them tend to drift away from the actual movie.