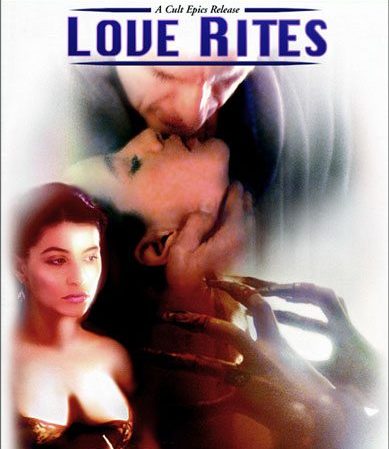 FILM– Huge starts his day like normal, leaving his flat to catch the metro. Today, however, something unusual happens; he sees Myriam. Aboard the metro, simple flirtation turns into intrigue. Miriam waits for Hugo after he misses his chance to exit with her, enticing his curiosity. When the two finally meet, Myriam reveals she is a prostitute, and while the two wander around the town, she reveals the sadistic cruelty she has endured at her family and clients hands. Hugo is aroused by this story, and when the duo finally make it to her flat, his brutish lust unleashes it’s self. One thing Hugo didn’t count on was Myriam reaction to this degradation- and by the time he realizes what arouses her, it could be too late.

PICTURE/ AUDIO– The picture is really good. I’m almost always impressed by Cult Epics transfers, and this is no exception. Not much damage to speak of, but cigarette burns pop up every now and then. The overall look is unusual, and I can only think or the word "overcast" to describe it. It adds to the mysterious gloomy feel the dialog puts off, and makes for a very singular looking movie. 9/10

The audio is crystal clear, whit no volume problems or fading. The soundtrack is perfect for the film, and the French dialog sounds as elegant as it should. Spot on subtitles wound out a great AV experience. 9/10

EXTRAS– Perfect film, perfect transfers, perfect extras! Cult Epics included: liner notes, photo gallery, and 2 cuts of the film! Side A of the DVD is the director’s cut, while side B is the complete version. 9/10