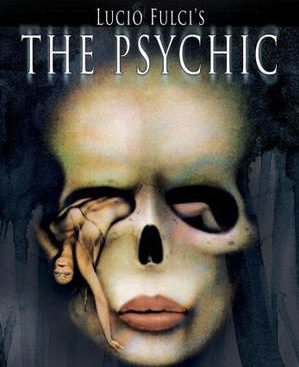 The Film– Whenever Virginia was a young girl, she witnessed her mother commit suicide during a psychic episode. In the present, she is a newlywed on the way back from dropping her husband off at the airport.? While driving, she has another series of visions, and blacks out. She sees a woman being bricked up in a wall, a broken mirror, a yellow cigarette on a blue ashtray, a red light, and other bizarre images. When she wakes up, she heads to the house her husband owns. It has sat vacant for years, and the couple plan to renovate it once he returns from his trip. Virginia decides to get an early start, and in one of the decrepit room of the house, she sees the mirror from her vision. She notices an odd looking wall, and acting on an impuls, cracks it open. Inside is the skeletal remains of a young girl, and Virginia suspects her vision was a series of clues that will expose her killer.? She doesn’t have long to uncover the mystery though, because the cops think her husband is the murderer. But what Virginia doesn’t seem to realize is her vision might not have been of past events, and the same murder may repeat once more in the walls of the rotting mansion??¦

Like Door into Silence, this film has none of that infamous Fulci gore (aside from a few brief, bloody scenes). The film is entirely plot driven, and it amazes me that the same director could go on to do such tasteless, gruesome classics as The New York Ripper and Cat in the Brain.? The only down side is the lack of bodily destruction might turn the “Fulci gorehounds” off. The cinematography is outstanding, probably some of Fulci’s best. Fans of Lizard in a Woman’s Skin will greatly enjoy this, but like I said, I doubt the more gore hungry viewers will be entertained. As for me, I found it to be a little long and drawn out, but it kept my interest the whole time. The Psychic is not a Giallo per-say, although it does have some stylish elements synonymous to the genre.? It plays out as more of a murder mystery/thriller, and the transition from "whodunit" to "whogonnadoit" was a welcome one to. An interesting take yarn from the Italian Maestro.

The Package– The picture looks fairly aged, but overall nothing too bad. You can see the print damage and softness in some scenes. This is nothing crippling though, and in all honesty I’ve seen some obscure Italian horrors that look WAY worse than this. Overall Severin has done a fine job on this lost thriller.

The English dub track is just like the picture, a little rough around the edges, but overall nothing too distracting. Severin cleaned the audio to bring the distortions and fading to a minimum, and enhanced this amazing score. When I say amazing score, I really mean it.? The Seven Notes in Black main theme is one of the most hair-raising tracks I can think of, and could give any work by Goblin a run for its money.

Severin has included the trailer and Voices From The Black, a featurette with Dardano Sacchetti, costume designer Massimo Lentini and editor Bruno Micheli. This segment is 30 minutes long, and holds your attention just like the movie. Nice extras for a suspenseful and entertaining film.