The Girl in Room 2A Review 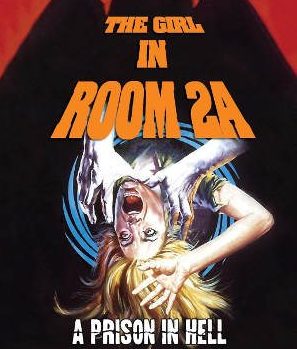 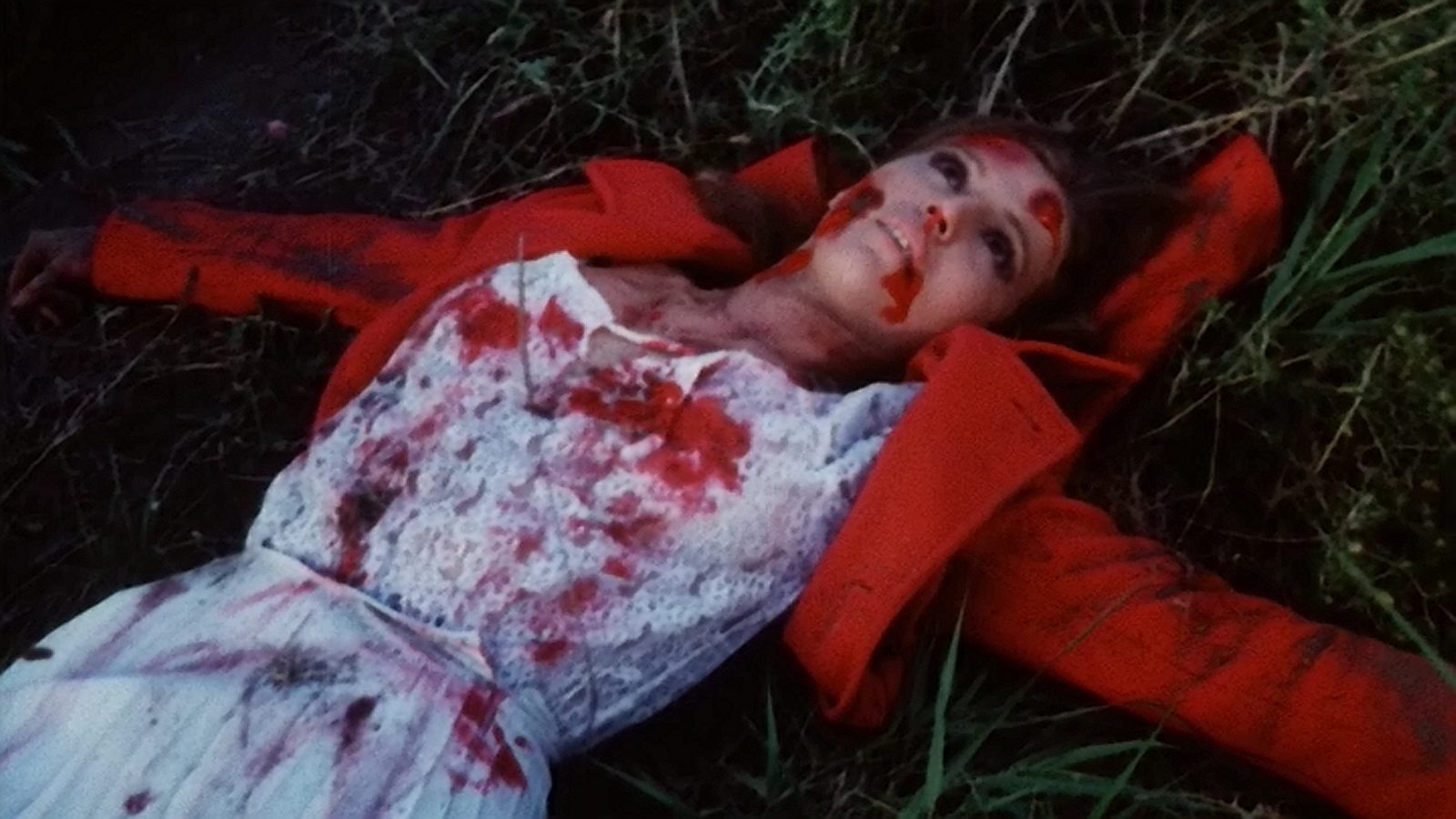 The Film– There’s something odd going on at the boarding house ran by Mrs. Grant and her socially awkward son Frank. And no, sadly, there aren’t any heroine addicted girls locked up in the attic. Instead, they bring in wayward young women just released from jail and allow them to stay in room 2A. Seems noble enough, right? Well, someone keeps kidnapping them and most are never seen again, so fuck your shit. 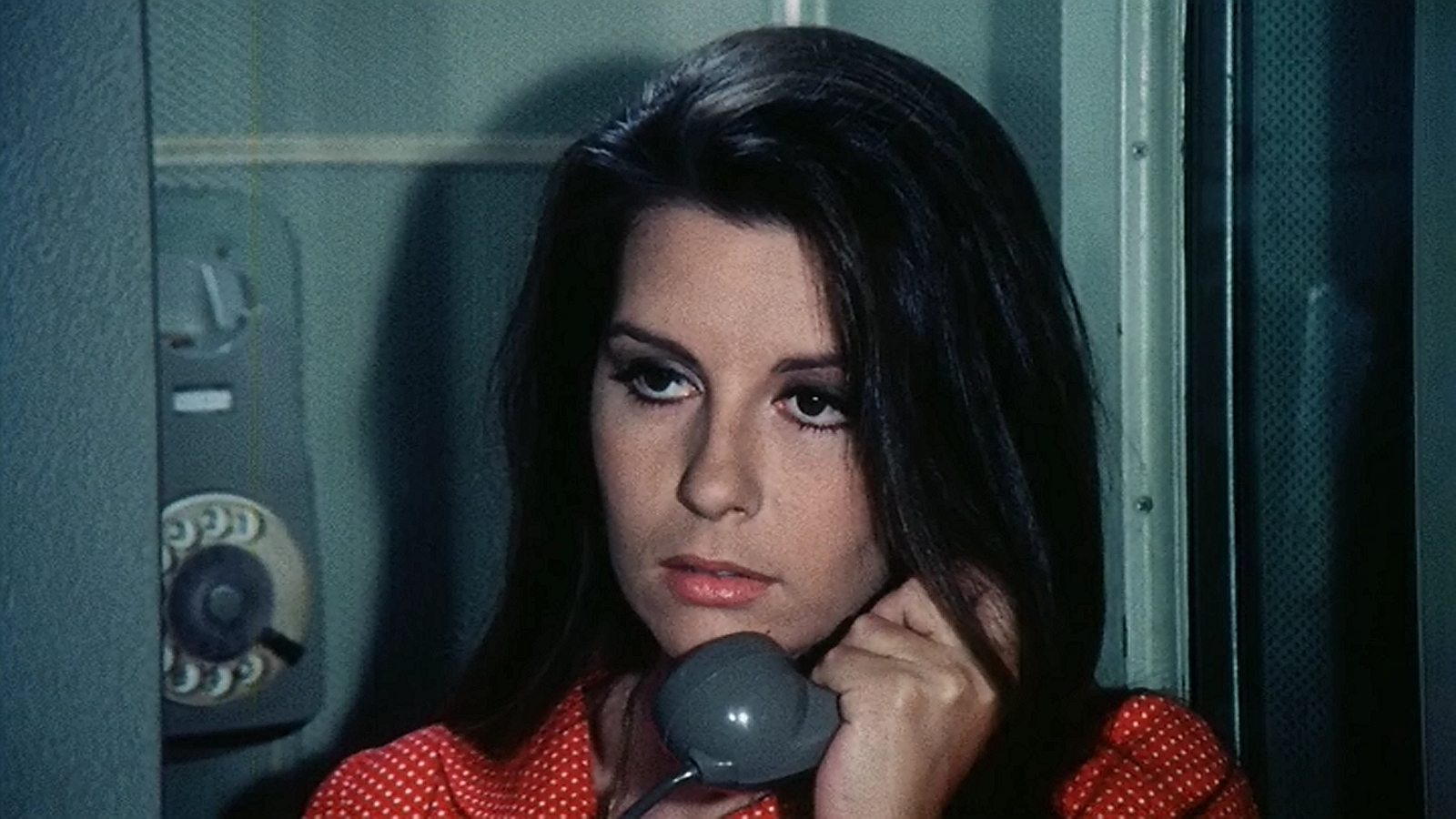 Margaret is one of those girls. Fresh out of a two week stay in jail for some drug charges she claims she didn’t have anything to do with, she’s up shit’s creek when it comes to you know, recovering from being behind bars so long (I have no clue how you lose all your earthly possession in two weeks, much less your housing, but let’s continue). Her parole officer arranges for her to live in the Grant house, seeing as how the last girl there “ran away” and was found murdered, so there’s a cheap room available now. And guess the number? Yep, there’s your title card, right fucking there. 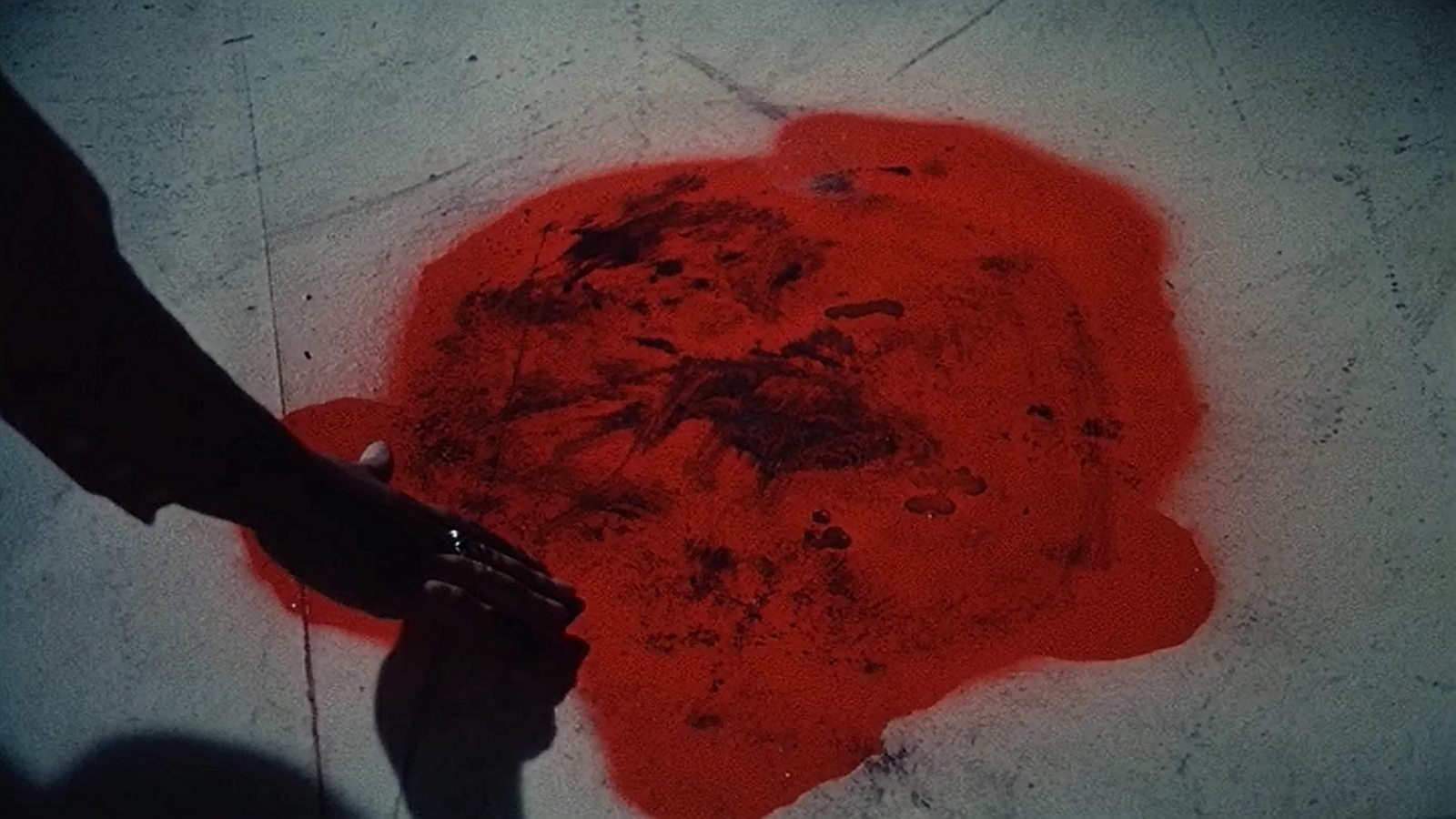 Mrs. Grant brings Margaret in with open arms, and Frank takes a liking to her almost instantly. The bad thing is it’s one of those “might possibly be a little rapey” likings. And seeing how his hobby is making lifelike female mannequins and mini-guillotines to behead Barbie dolls, Margaret is a little freaked out. Yeah, he’s a creepy little bastard. Her first night there, she cleans a bloodstain from the floor (without questioning why it’s there, what it is, and why it keeps reappearing later, by the way), and has a nightmare a figure dressed in a red mask and cape invades her room and… stares at her… This leaves her so traumatized that she asks her parole officer to get her out of the cursed place. 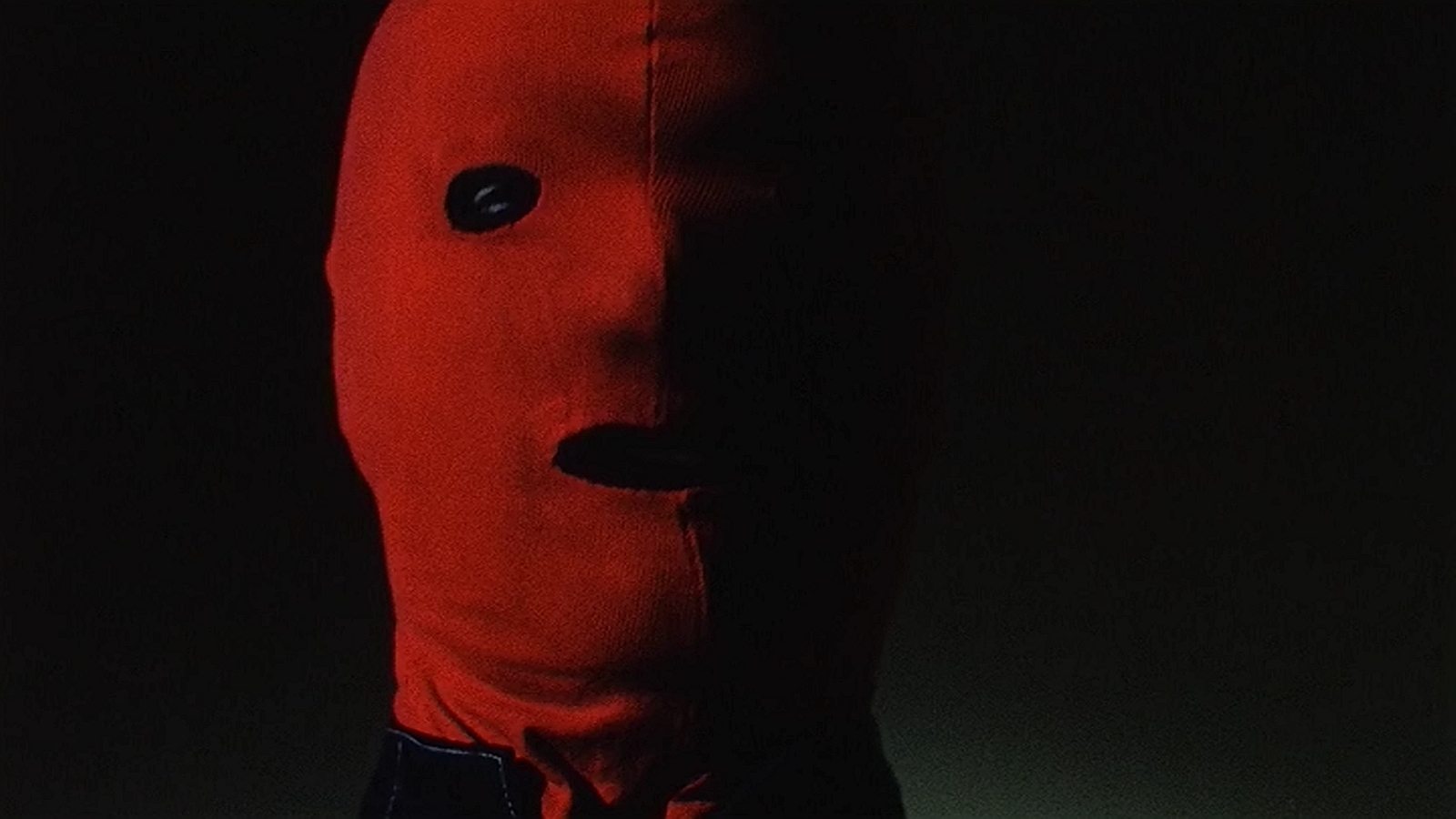 Since the officer is leaving town for the weekend, she asks Margaret to give it a few more days. If things don’t improve, as soon as she gets back she’ll arrange for new housing. This prompts Margaret to ask her for money, then turn down what is offered (because someone giving you what you ask for is just rude as all hell). On the way back, she meets a mysterious man, Jack, who has some rather urgent news to tell her. It turns out the previous girl in room 2A was his sister, and she wasn’t the suicide type (but he does admit “some people are though”). 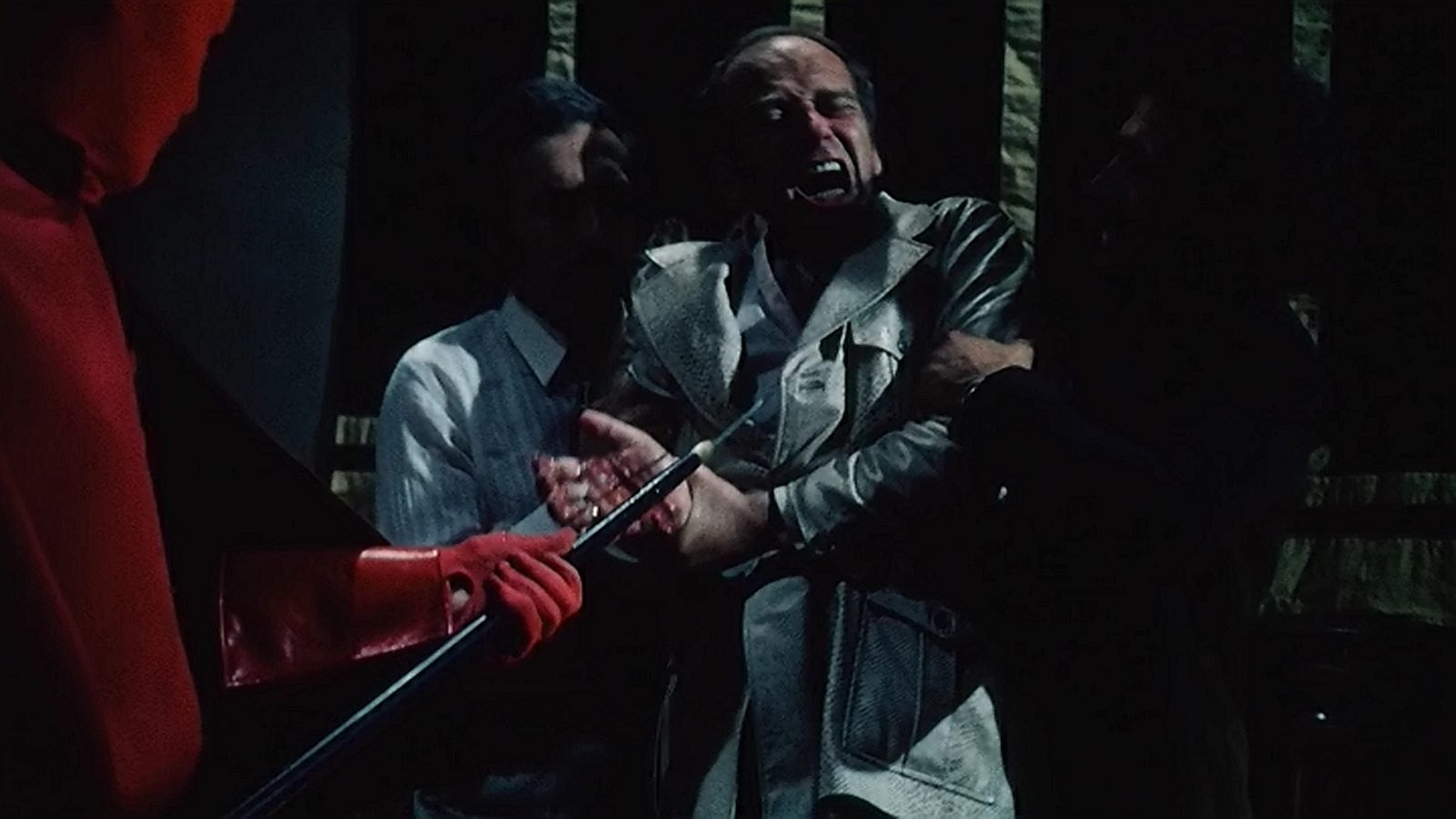 Jack moves into the room across the courtyard from Margaret, and the two begin investigating the history of the occupants of room 2A. The deeper they search, they begin to unravel a plot involving a bizarre cult centered around the sexual torture of delinquent young women- all orchestrated by the red masked figure. And by “they unravel”, I mean the film explains everything in full detail while they fumble with the simplest of clues. Eventually Margaret is captured by the cult and it’s up to Jack to save her… but since his logical response to her getting kidnapped was to fling a lamp against her locked and shuttered window, things don’t look so good… 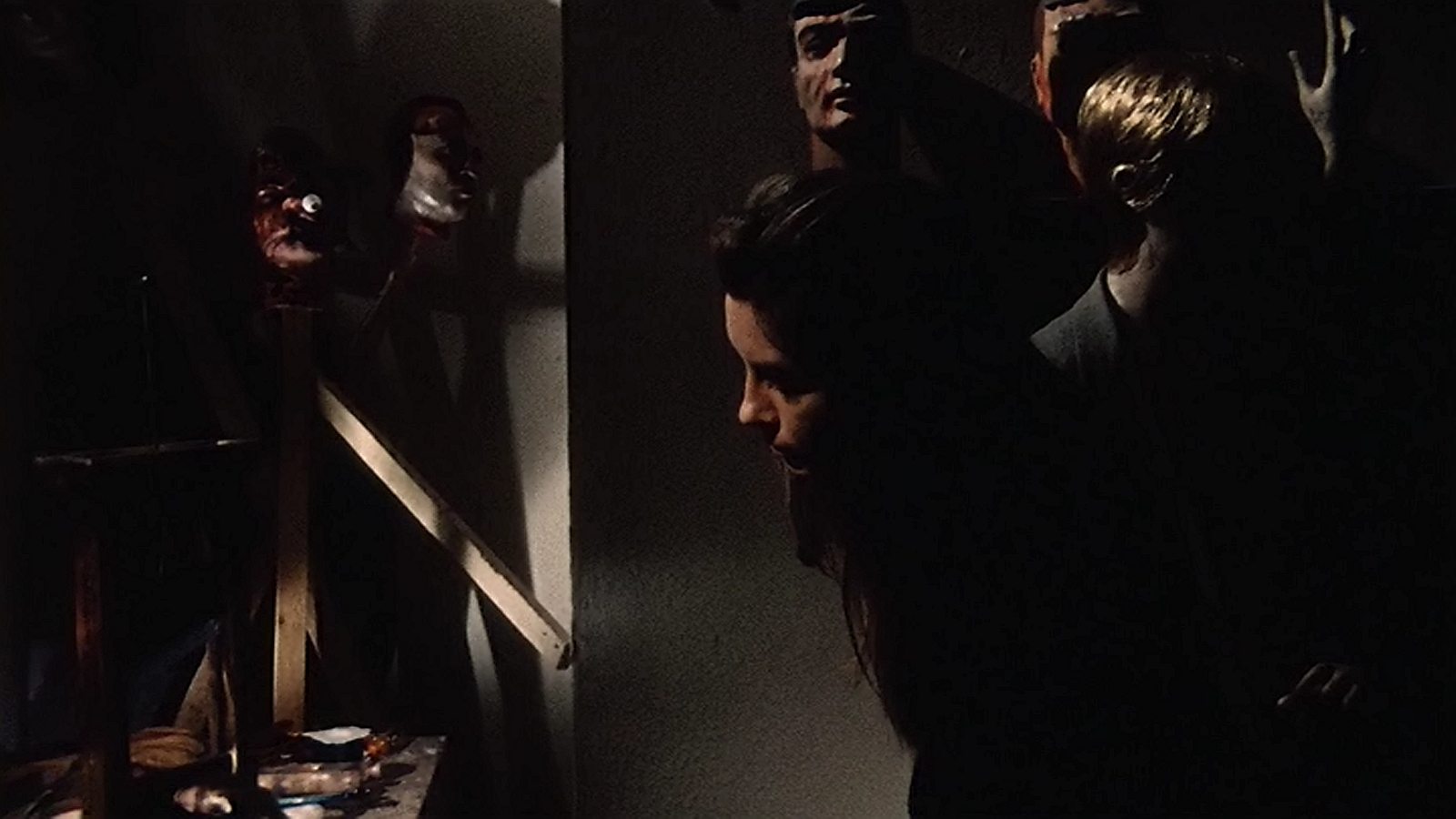 Most people will remember The Girl in Room 2A from its VHS release by Prism. That title does have a certain charm, and the simple-yet-kinda-creepy artwork of the tape did entice (which is actually an image shown through a projector to scare Margaret… yeah…). Even today it’s a pretty collectable tape, and up until Mondo Macabro released this disk, the only American release of the film ever. I’m happy to say Mondo Macabro has released one of the most unintentionally hilarious Euro shockers of all time. 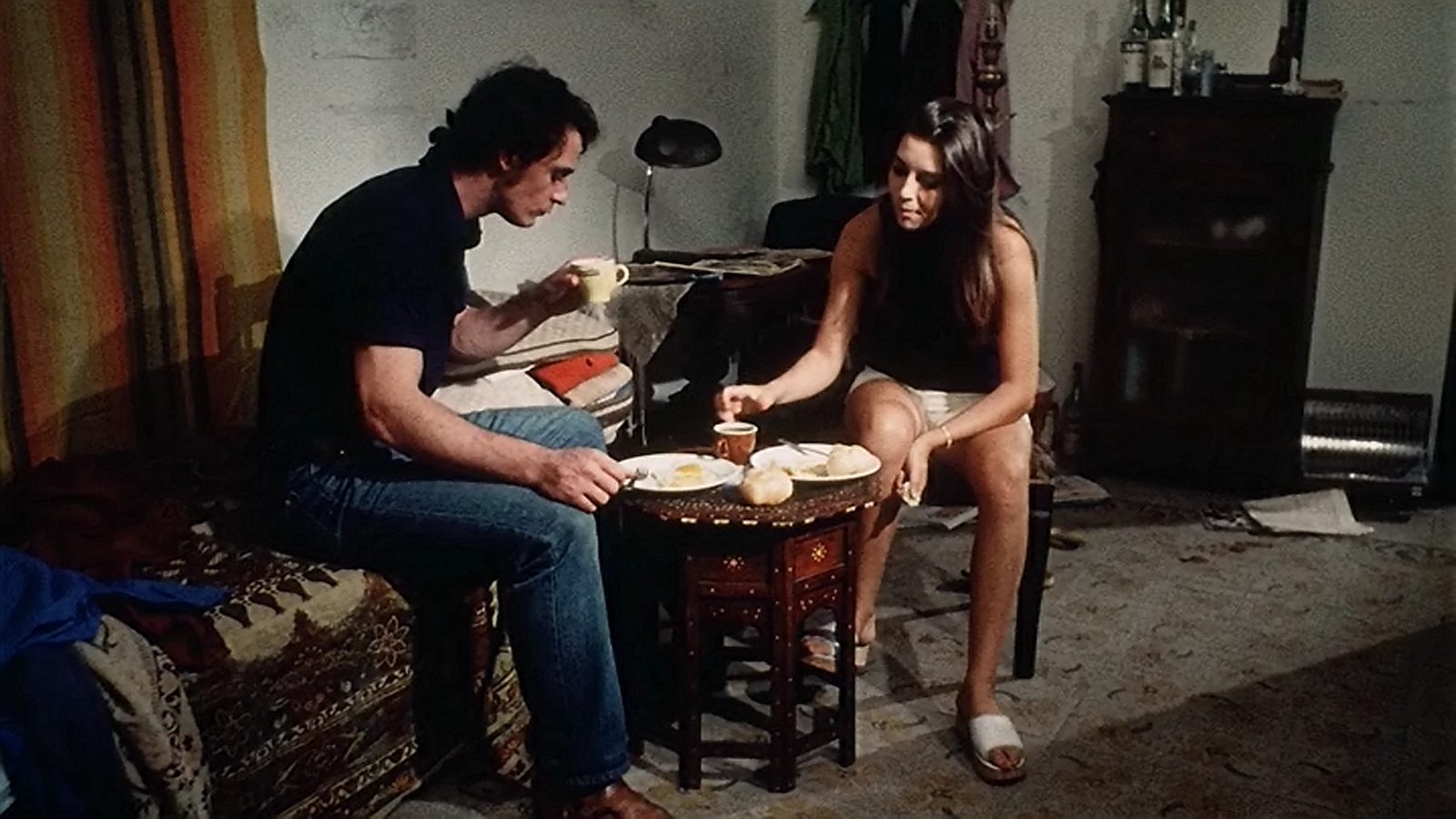 In a sub-genre bloated with mediocrity, there are two notable classes of film- the amazing, thrilling, cold sweat inducing shockers, and the so bad it’s amazing. Look, I love Giallo, Euro Trash, Exploitation, and Sleaze as much as the next guy, maybe even a little more, but everyone and their brother (Literally, look at Malabimba and Satan’s Baby Doll) had their fingers in the pie. From the very beginning I knew this was not going to be one of the pinnacles of the genre, but oh God I didn’t expect it to be this bad. And that’s said as a good thing. 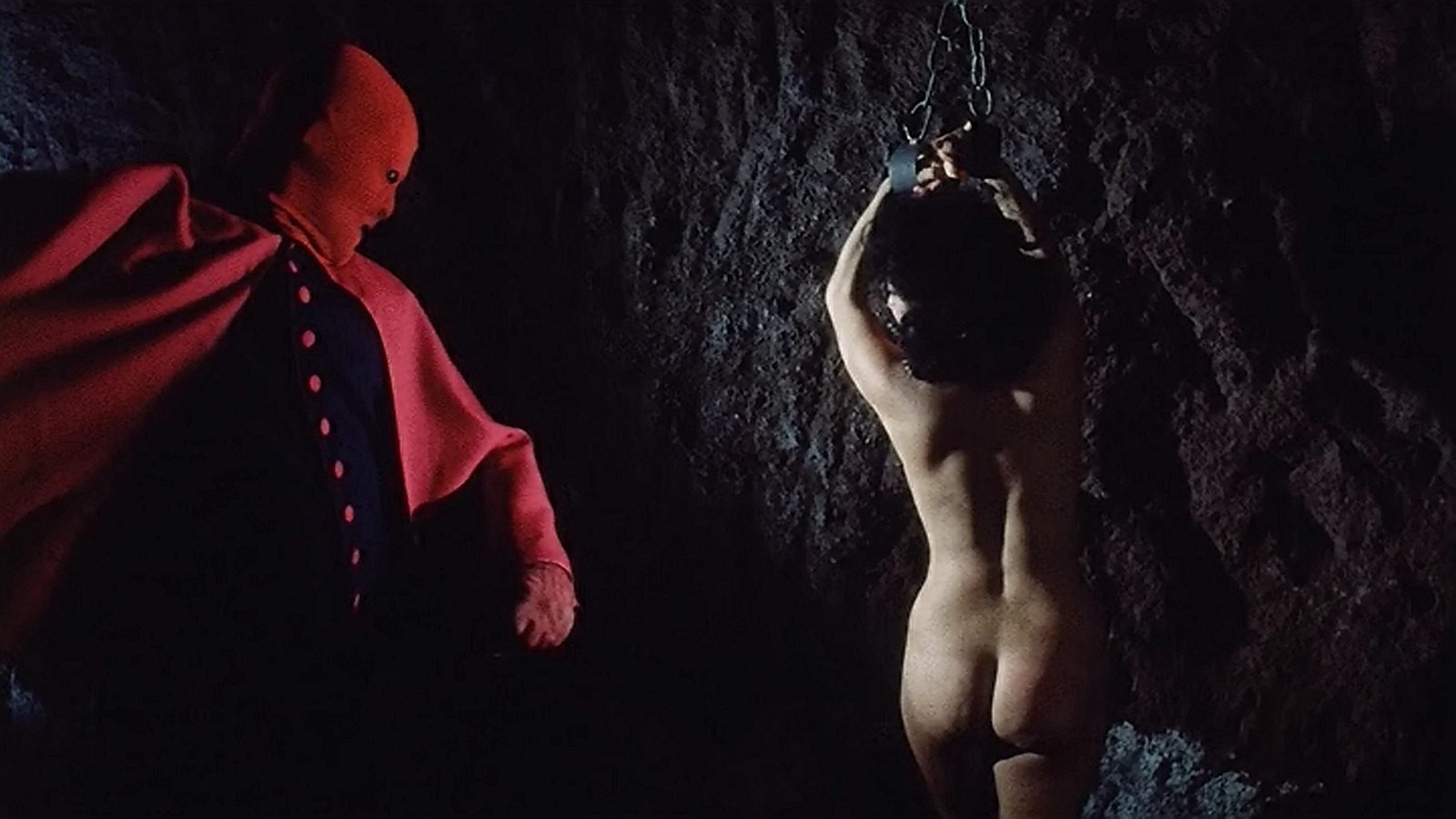 Since the plot is paper thin, let’s look at several of the highlights of this entry. First, the blood spot on the floor. Yeah, let’s just MOP UP THE BLOOD WITH A RAG AND FORGET IT WAS EVER THERE! That’s life fluid, and there’s a lot of it there. How are you not concerned! Then, then, somehow, it comes back, and Margaret just wipes it up again. Um, why are you not questioning the floor period?!?! Houses don’t just bleed! I’m betting you either have something paranormal going on, or someone is being massacred in there on the nightly. The answer is a little more ridiculous though. Actually, it’s fucking absurd, and you’re going to love it. 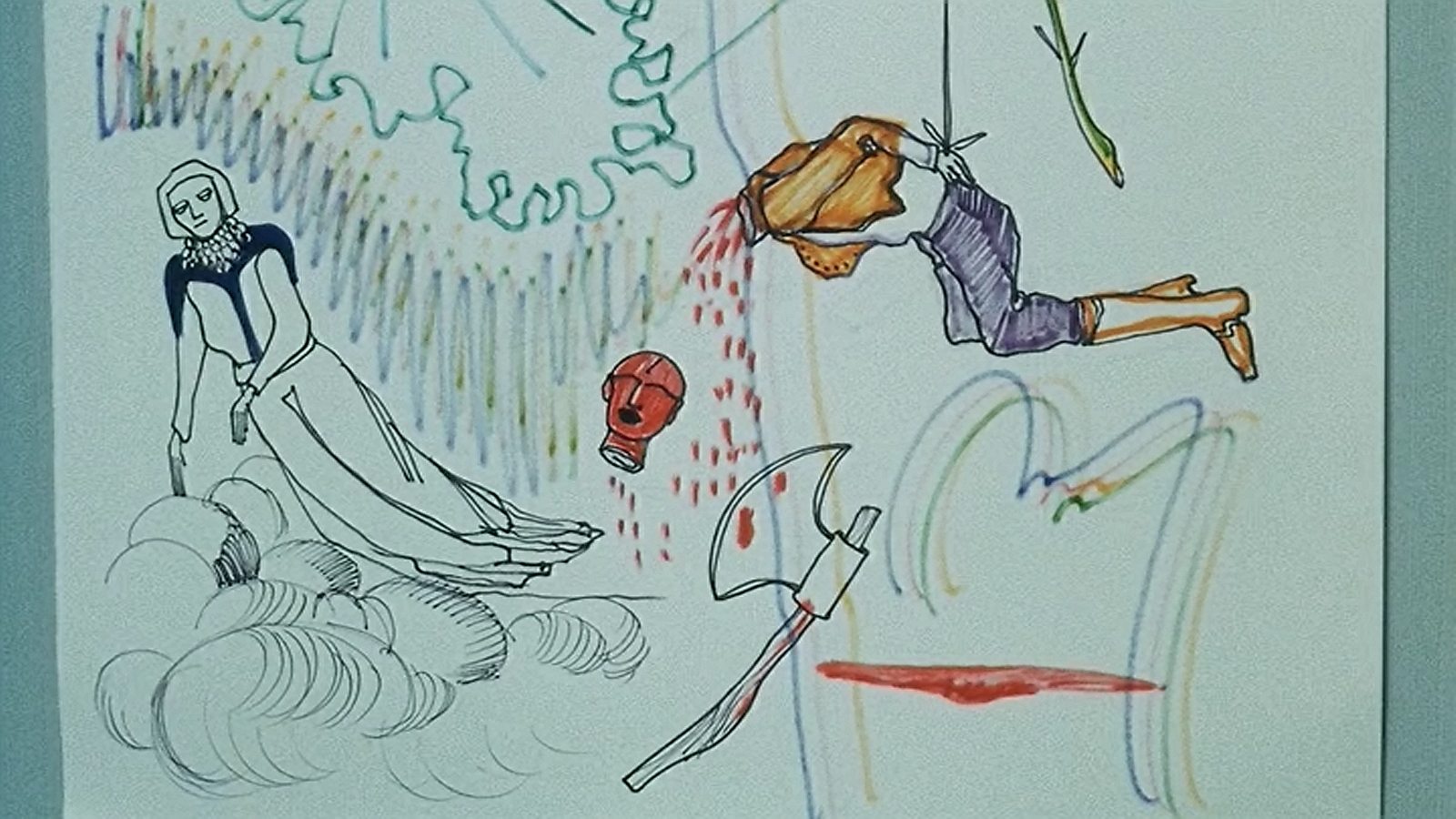 The red masked figure is easily the highlight of the whole thing, and paired with the cult of sexual debauchery the film oozes a similar vibe to other sex cult shockers like Black Candles, or to a lesser extent, The Red Monks. But talk about daft, holy shit this killer is fucking ridiculous. I mean how do you not notice the figure wandering the halls in a red hood and cape? Looks like someone took the mask from Torso and killed a cow while wearing it (might explain the floor blood). Surprisingly, I didn’t guess who it was, so there’s two points to the film, one for ridiculousness and one for beating me. 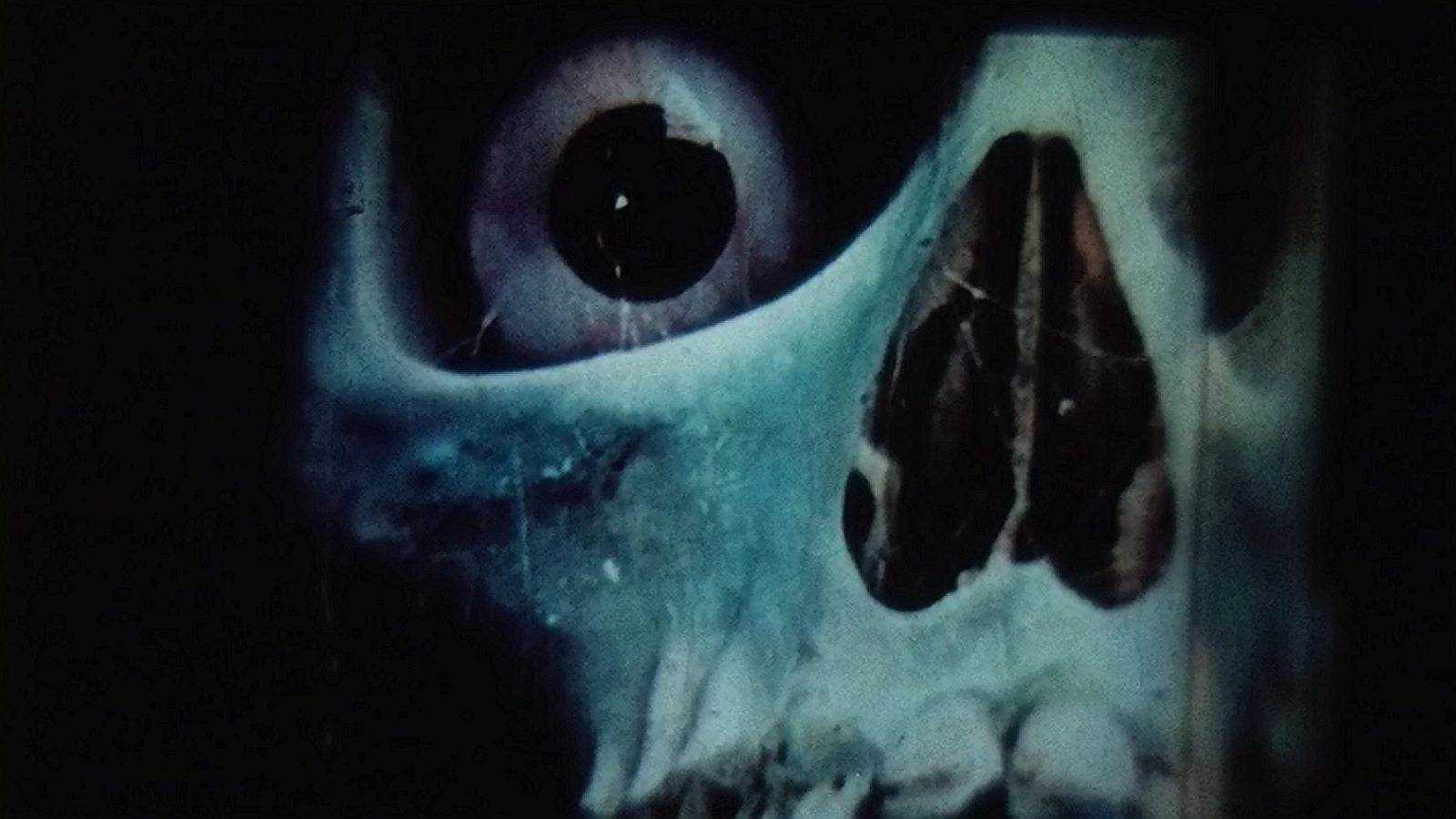 While we’re still on the topic of all things inept about this film, here’s a fighting tip- vases will fuck you up. Seriously, everyone in this movie uses a vase as a projectile of death, and as mentioned earlier, there’s even a lamp thrown at locked wooden and iron shutters (which demands at least a C- for effort). If you want to completely decimate someone, slap their shit with a vase. They’ll fall to the ground in a limp pile of ouch. 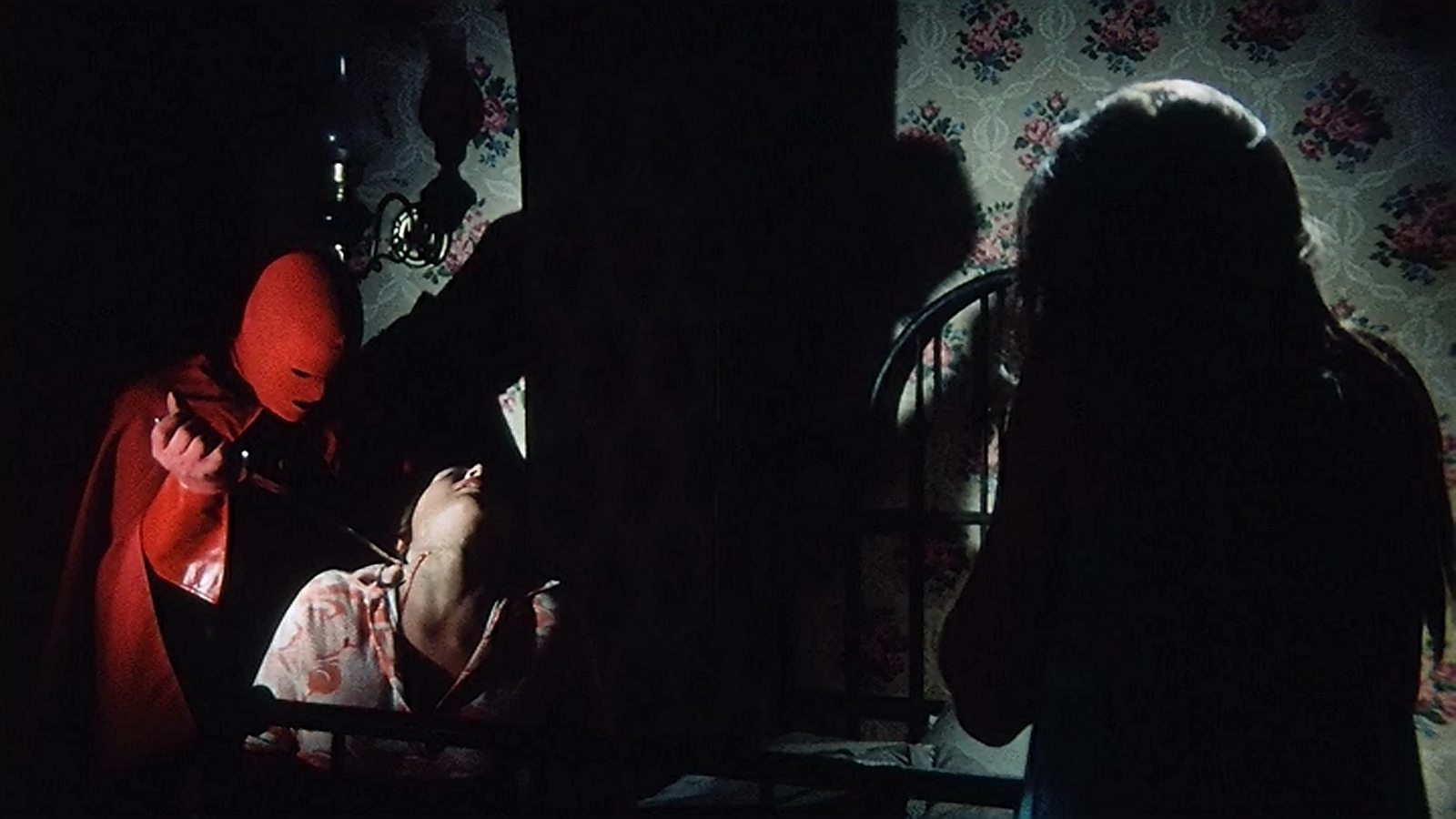 Okay this has been bugging me for a while now, and it’s not something to do with just this film directly, but what the hell was going on with female prisoners in the 70’s? Only pretty women liked breaking the law. Here’s a pic of what a female in jail looks like now. What has happened to the world? All the women in jail or prison were knockouts in the heyday of exploitation, and now all we have is Wilfred Brimley lookalikes. Someone please invent a time machine, I want to be a warden in the 70’s so goddamn bad. Don’t tell me it’s all just in the movies either! A man has to have a dream every once in a while! 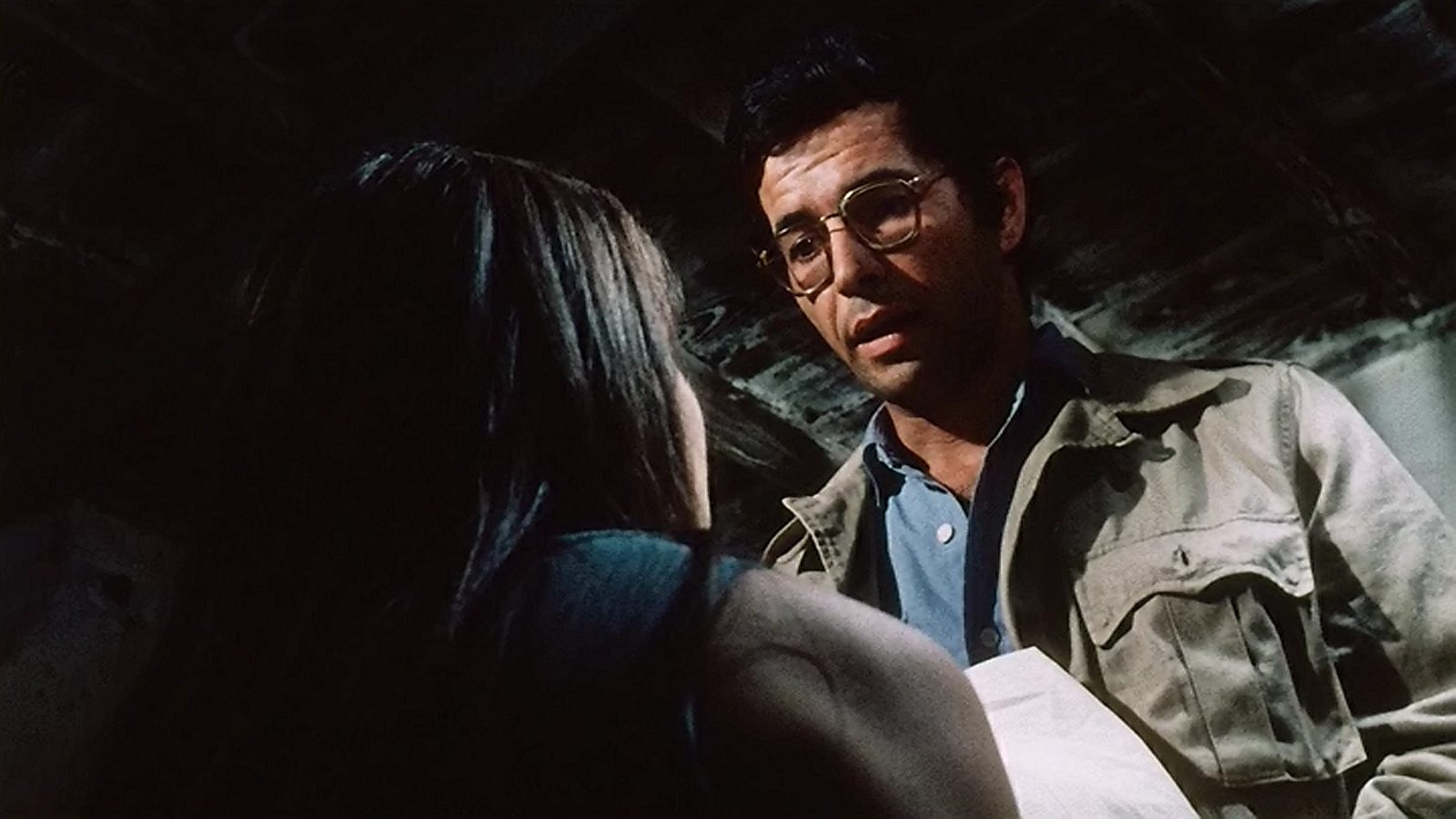 Obviously this isn’t close to a Deep Red, or Blood and Black Lace, or even the aforementioned Black Candles, but oh man is it good. You’re going to have to be in the mood for something awful to enjoy it, but if you’re like me and have a boner for so-bad-it’s-good cinema, then you’re going to have a blast. With everything I mentioned, a decent bit of blood, and some sexual torture just for good measure, The Girl in Room 2A is stewing in a classic Italian exploitation horror vibe, and when you throw the extra bits of WTF, you have a damn entertaining little movie. 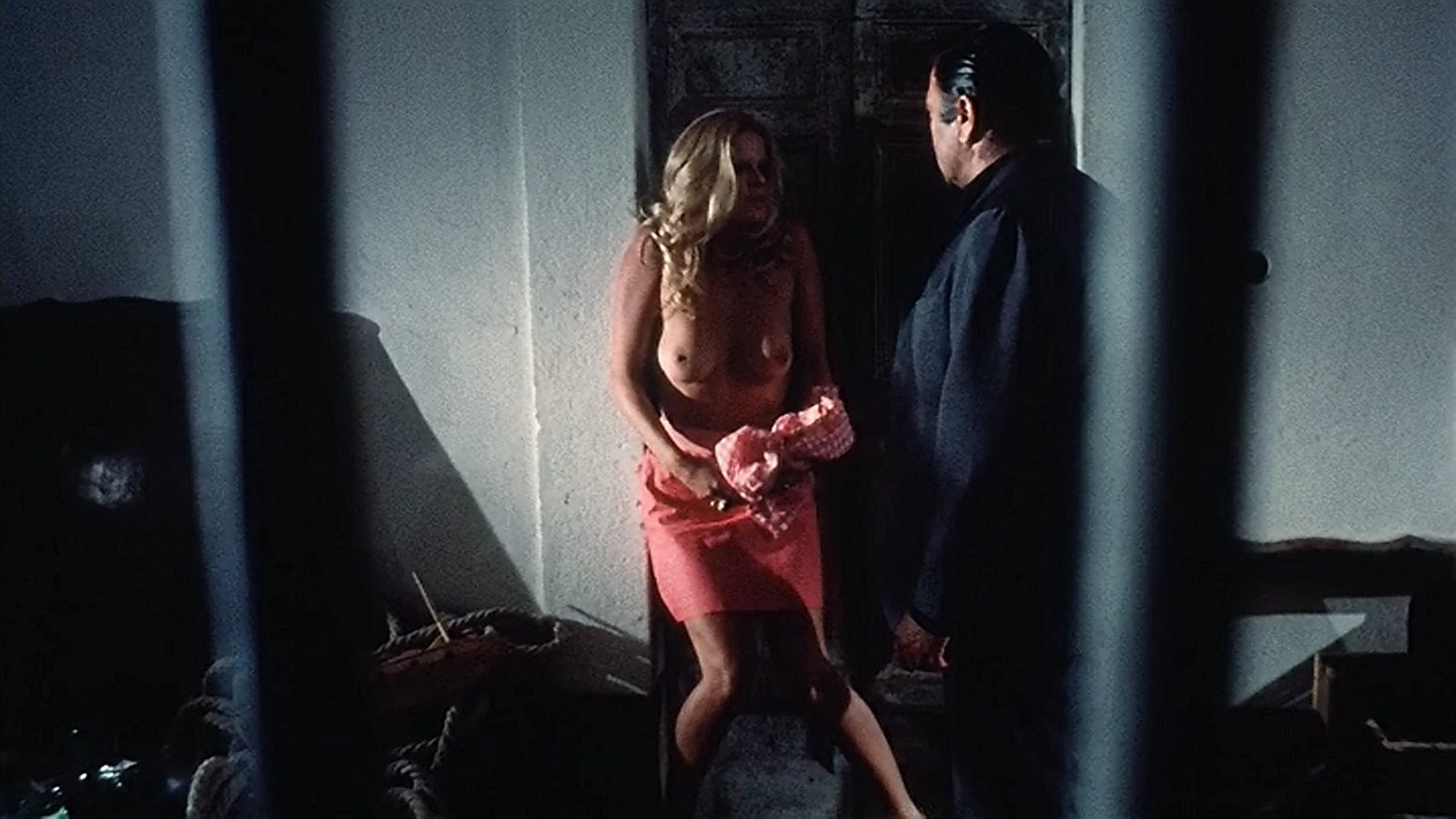 The Package– For a film that really hasn’t had too much attention over the years, the print secured by Mondo Macabro looks great. Sure there’s the scratch here, damage there, and a hefty bit of noise (especially during the day for night darker scenes), but overall this is surprisingly nice. 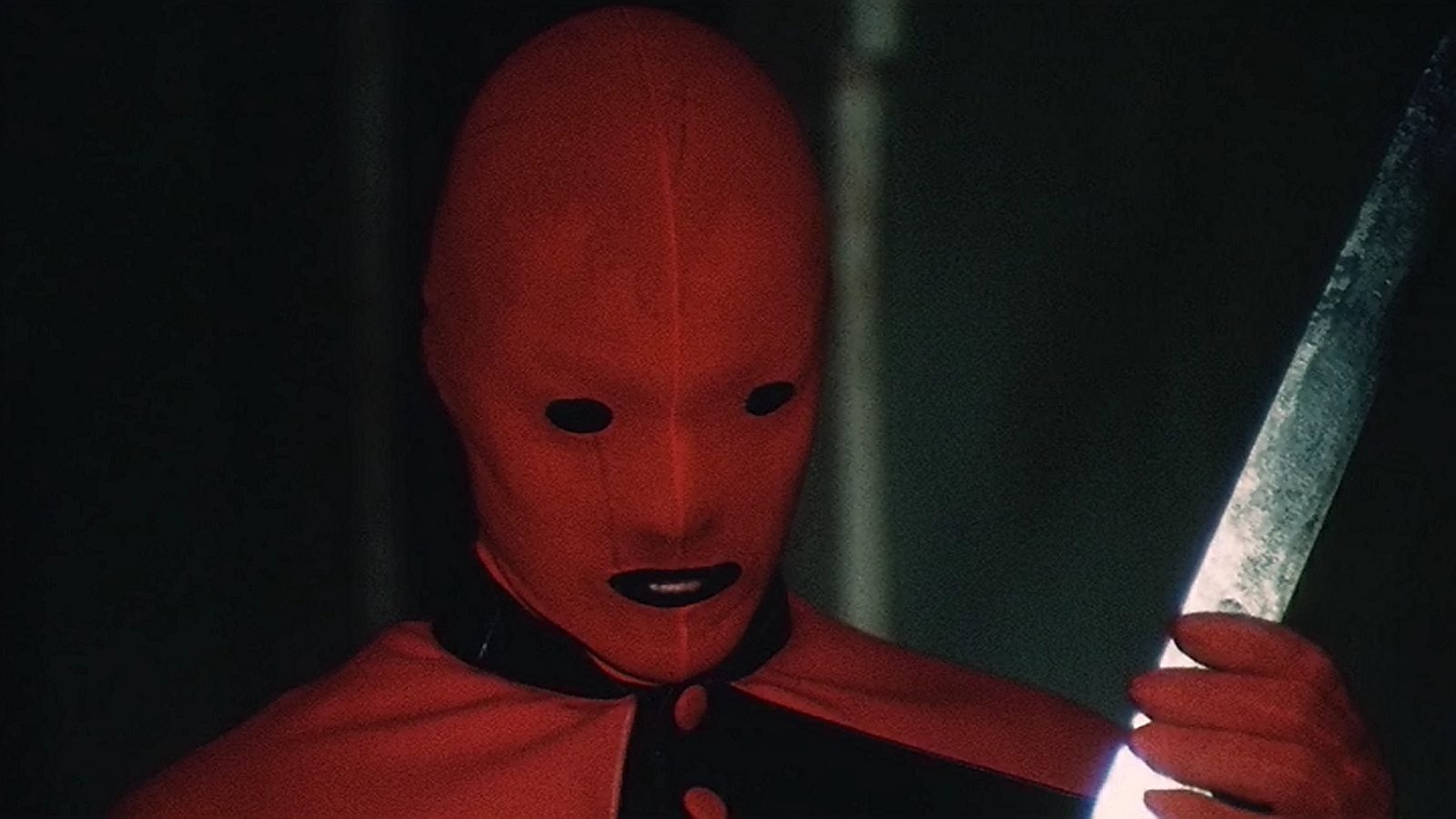 The audio tracks included are the original Italian with English subs and the English dub (which is amazing- just trust me, you want to watch it this way). Since the film is presented uncut and not all the scenes were present for the English dub, the extra footage has the Italian track with English subs (they’re few and far between). Everything sounds great and is, for the most part, clear and balanced. 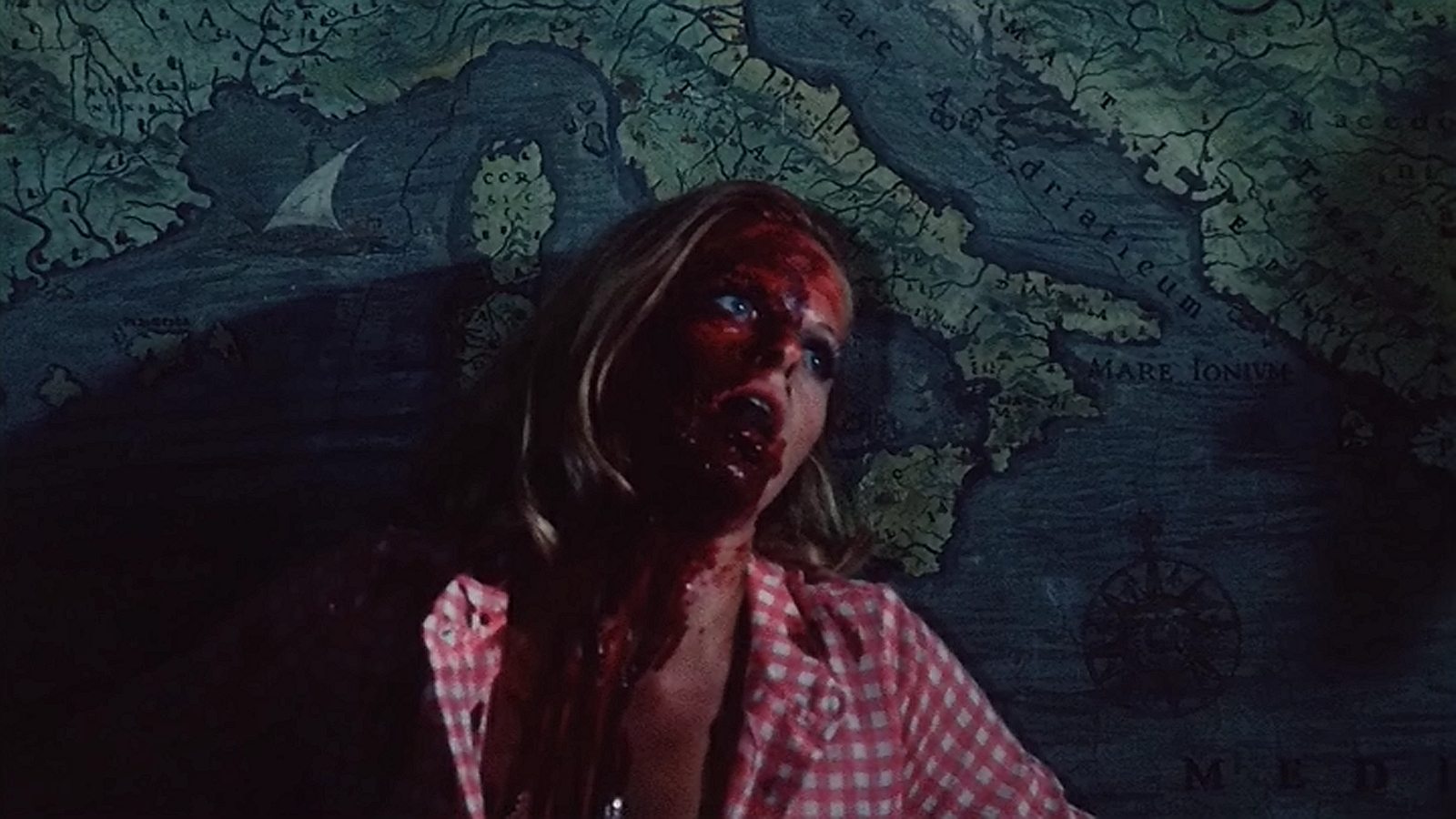 The biggest supplement is an interview with lead actress Daniela Giordano, which runs right over ten minutes. There are also a few text documents on the cast, crew, and film, and the original US trailer. Mondo Macabro threw in one of their trailer reels as well, which is always worth a watch (they’re good at making you want every damn disk in their library). 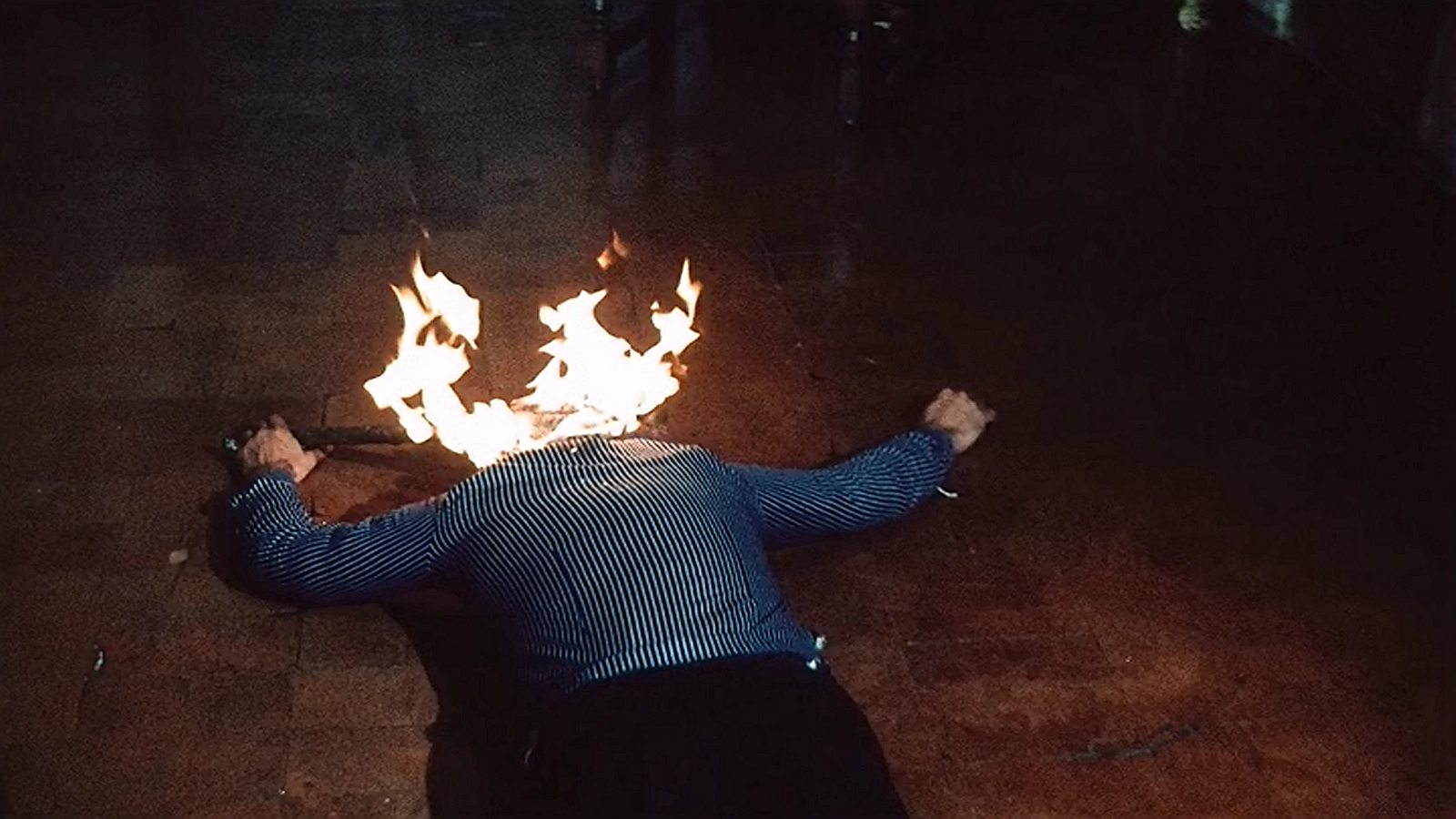