Godkiller Episode One: Walk Among Us Movie Review 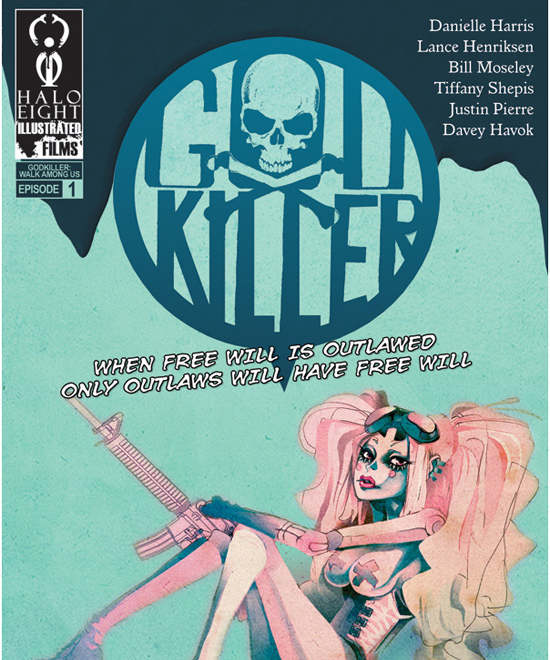 FILM– Episode 1 introduces us to Mulciber, who is investigating some missing merchandise. He stops at his favorite brothel for his favorite girl, Halfpipe. While there, Dragos (heir to the last Reptilian Throne on Earth) and his minions attack the brothel, looking for a pimp who seems to have stolen something very important. Mulciber helps Halfpipe escape the bloodbath, leaving her with a warning; "protect the boy". The boy is Tommy, and his sister is dying. Because of his less than savory doctor, he ends up in a deadly confrontation with Halfpipe and her friend. And they’re intent on harvesting his organs. Tommy tries to barter with the women, looking for a new heart for his dying sister, only things don’t go how he planned.

When this film arrived, I had no clue what a treat I was in for. You’ll really have to give this episode a double watch before it all sinks in, which I was expecting to be much more complicated than it actually was. It immerses you in it’s fictional world fast, but with two viewings, you should get it perfectly. The animation is very nice, and it has an authentic graphic novel feel. Only small movements and blood splatters accompany the illustrations on the screen; nothing huge or overpowering. With the series being split up into three parts, I can saw that I am eagerly awaiting the next episode, as this ending sets up a perfect craving for it. 8/10

PICTURE/ AUDIO– I hate this category on animated films, because it’s unfair. Of course a film illustrated this year will look fantastic. The only way it would be anything less than perfect would be if it was a sub par transfer or some glitch in the picture. Gladly, Godkiller has neither, and looks as fantastic as you can expect. 10/10

The audio is just as great as the picture, but that actually is hard to accomplish. Anytime you deal with voice overs you run the risk of volume fading, and there’s none here. A cool soundtrack and great sound effects make this an easy 9/10

EXTRAS– We get: trailers for other Halo8 releases (Godkiller, Threat, Pop Skull, Xombie, and In a Spiral State), the audiobook and text (PDF file) of the complete Godkiller prequel Silent War, and the first 2 issues of the Godkiller graphic novel (PDF files). With all these features and a ridiculously low price, it’s hard not to give this a 9/10